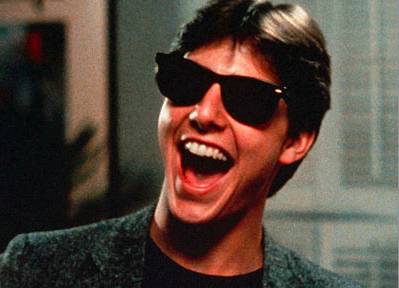 When an outfit is transformed into a moment captured in history it can be iconic, defining, memorable. But we can’t always be the deciders to how that comes about, who wears that, when and where they wear it and if we particularly like the fact that they are wearing it. Whether it’s worn in a film, on the red carpet or on in a courtroom, as designers we sometimes don’t know who will wear our creations.

When fashion gets translated into films it can become iconic. Outfits transcend the time, whether it be the red shoes worn by Dorothy in The Wizard of Oz, Marilyn Munroe in Some Like It Hot or Halle Berry’s bikini in James Bond, they all made their outfits as famous as their actors and actresses. This is what designers aim for. For their clothes to become prolific and for them to become part of that memory. When Tom Cruise wears a pair of Ray Bans it brings us into a situation where we summon that character or identity and the movie they were in.

No only does this feel good as a designer it can also bring in certain monetary advantages too. When Tom Cruise wore Ray-Ban Wayfarer sunglasses in Risky Business, sales went up from 18,000 a year to 360,000; when he wore Aviators three years later in Top Gun, sales hit 1.5m. Lending gowns for awards and events, being linked to celebrity has been known to define brands.

The red carpet, wedding dresses and street style has also helped provide platforms for designers to flourish. The talk of who would design Kate Middletons wedding gown was the talk of the town for months, and when we see Alexus Chung walk down the street with a new bag it sells out in minutes. For these brands they are getting unprecedented exposure, because people who are loved and seen by the public are giving these brands the nod. Or at least their stylists are.

Susan Ashbrook knows that celebrity dressing is big business and has made a career out of dressing celebrities. “I really knew my business was taking off when Escada dressed Kim Basinger the year she won an Oscar. They got so much publicity. Why? Because 40 million people nationally watch the Oscars, so it was really great exposure for them.”

But this is not always a good thing. Not all brands have the luxury of beautiful screen siren Kim Basinger adorning their gown during an Oscars win. As importantly your brand can be negatively defined by who wears it.

Last year Abercrombie & Fitch Co. asked ‘Michael “The Situation” Sorrentino if they could in fact pay him to stop wearing his clothes. Releasing a statement titled “A Win-Win Situation,” in which it stated a “deep concern” over the association between Mr. Sorrentino and the brand. A&F offered up a “substantial payment” to Mr. Sorrentino “to wear an alternate brand.”

More recently Khalid Sheikh Mohammed key accuser and self confessed mastermind to the 9/11 Terrorist Attacks turned up to court in Guantanamo Bay wearing a ‘Vintage Ranger Vest’ by American retailer Rothco. Obviously not thrilled about his choice in retailers they stated, “It doesn’t feel good that this guy has chosen to wear our stuff. But if a serial killer wears a Brooks Brothers suit to his courtroom, I’m sure Brooks Brothers doesn’t feel good about that either.”

As a designer you can never know who is going to pick up your clothes and love them. You don’t know who they will speak to and if one day they will be in a museum as an historical costume design, draped upon the world’s sexiest actress or hanging from a notorious social outcast. I guess that’s the name of the game and although it doesn’t always ends favourably, it is important for designers to continue to put themselves out there because when it pays off and you see the worlds most beautiful woman wearing one of your creations, it would feel pretty fantastic.

Mina & Katusha is an innovative, playful and intelligent fashion label that has steadily been collecting loyal brand enthusiasts who adore its elegant and feminine style, by creating exciting collections season after season since 2008. Mina & Katusha is a product of the creative inspiration of award winning fashion designer Sarina, an alumni of the prestigious Royal Melbourne Institute of Technology (RMIT) and fashion entrepreneur Katya Baxter. This combination of creativity and business acumen has provided a solid foundation for our businesses. Mina & Katusha has received international acclaim, and we have been invited to show in New York and London.
If you would like to check out our designs or boutique you can find it at: http://www.gustoandelan.com.au/