Persistance can save lives … 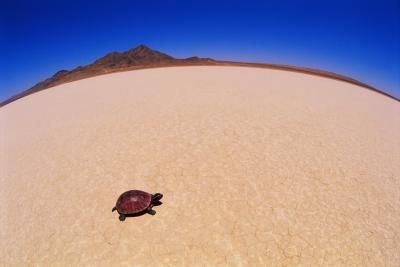 You must persist until there is no end in sight, whether the outcome is favourable or negative in the end. When you persist, many will see the illusion of the end prematurely, which may stop you in your track early. Seeking an excuse to quit early is no game for the entrepreneur. Entrepreneurs are unreasonable people and must persist like an unreasonable person would.

I am Brandon from Crazy Dog Apps. I am an 18 year old entrepreneur and developer of three top-100 apps. This is my story of persistence.

“Ideas turn into innovation when someone has the passion to make it so. Passion is derived from craziness and I’m crazy with a touch of sanity” – self-quoted, don’t judge me!

In December 2010, I came up with an idea that would save lives. I wanted to create a national database of all homeless pets in animal shelters throughout Australia. I wanted to do it for free, otherwise I would just be ‘selling a service’ which was far from my goal. Saving even one life is worth more than any amount of money can buy. You simply cannot put a price on a service [or app] that saves lives so I decided not to.

I drew the layout of the app on paper but needed a developer to ‘code’ it for me. I advertised and found a developer who agreed to help turn my idea into reality. Soon after, he backed out for a personal reason. I advertised again and found another developer who committed to the project and subsequently backed out a short while after. Over the next five months, I found four developers who individually agreed to code the app but each backed out before even writing a line of code, for various reasons. I don’t think I’m that hard to work with! But seriously, why say you will commit to something without even giving it a fair go?

On 17th July at 1:01pm, I was contacted by the 5th person to offer to make the app for free with me. We found www.petrescue.com.au who already had the national database of rescue pets and it was now time to try convince them to let us make an app for them, for free.

I emailed PetRescue a number of times and heard no reply. I proceeded to call their phone but it kept going to a voice message that ignored my pleas to help them. I then decided to do something crazy. I sent PetRescue a physical letter in the mail to their postal address (who does that anymore!) along with another email. Guess what? I got an immediate reply!

They sincerely thanked me for my offer but asked if I could put it ‘on hold’ for a few months as they were busy with other commitments. Of course I didn’t put my offer on hold and about a month later, I sent them a video of a semi-working version of their own app! After months of hard work, PetRescue came on board and we successfully launched the app on the App Store.

Persistence is a risk. If successful, the time (and sometimes money) spent is usually worth it and it feels great to achieve something after putting in so much effort. On the other hand, if unsuccessful, persistence can result in a lot of wasted time. The more time and effort spend trying to achieve an outcome, the greater the reward if the outcome is achieved. Often, entrepreneurs see no boundaries and they persist with passion, a very powerful tool to use to accomplish tasks and make dreams come true. As a double edged sword, it can result in wasted time. On the other hand, wasted time is not wasted if lessons are learnt and the same mistakes aren’t made again.

PetRescue are an incredible non-profit organisation that is still run by their three fantastic founders. If you are looking for a new pet, make sure you download the PetRescue iPhone app or visit their website.

Previous article Build it & Sell it – The venture that sold before the end of Startup weekend!
Next article Tank Stream Labs launches on Thursday!
Via Other
Tags appsbrandon cowanpersistancepet rescuestartups