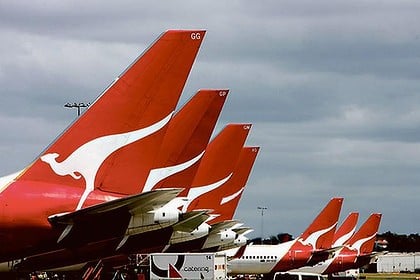 Sydney based startup One Cent Flights looks to gamify and change the way people search for travel deals, founder, 19 year old university student Elliot Donazzan created the platform so people could have fun and get a chance to see the world at a fraction of the cost one would usually pay for what is often very expensive flights.

“I’ve been lucky enough to travel the world because my dad is a pilot, but most of my friends cannot afford to spend hundreds of dollars on flights. I founded One Cent Flights because I wanted to give them and everyone else, the chance to go travelling” said Donazzan.

The concept is simple and straight forward, Auctions open at one cent and the bidding continues on flights for a set period of time until [just like a house auction] a winner prevails – every bid you make costs one cent. This model has been around for quite a while, especially in the US.

Of course you are probably thinking, how the hell are they able to get flights that cheap, what is the secret? Well look at it this way, the winner does indeed only pay for instance the $5.20 they just won the return flights to Hong Kong for, and lets imagine those tickets in reality are actually $1500 return, the magic and the profit happens in the bidding process, you see each cent is represented by a bid, you get 5 free bids when you sign up to the service and then you top up your bidding credit, $10 get’s you another 10 bids, and lets just say there are 2000 people across Australia all bidding on the same Hong Kong Trip, everyone bet’s once and half bet twice – before the $5.23 flight is paid, $3,000 in bids have already gone through the system and paid for the cost of the flight and made it profitable. It’s pretty bloody clever. Especially as the user base grows and you have hundreds of thousands of people bidding on a flight, potentially you could make $100k profit on a return flight to the Gold Coast.

The model though is not without controversy, there is debate in the community and of course at a legislative level as to whether or not these penny auction systems are in fact a version of online gambling, something which is illegal in Australia. I personally think the model is pretty cool, but their is an addictive nature to the experience that is very similar to that of any casino game or pokies machine.

It hasn’t stopped me bidding on return airfares to Hong kong though.