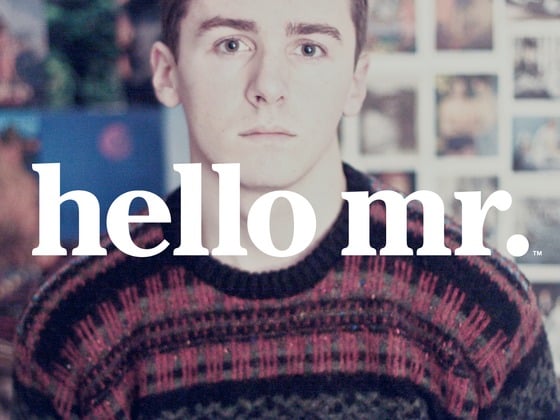 Melbourne based entrepreneur Ryan Fitzgibbon has reached his funding campaign goal on Kickstarter to produce a new bi-annual magazine for the gay community called Hello Mr. He hopes to reinvent the cliche’s that play out in current gay lifestyle publications in the market with a focus on accessible, witty and real content.

In a time where content is becoming increasingly hard to be monetised, many would say that having both a printed and a digital magazine is a little bit of a crazy idea – from experience people said exactly the same thing when I was starting shoestring, they were right in the end, as from a revenue generation perspective, people are increasingly moving towards digital, especially in the niche publication space.

I really think the product itself is a need, as the growth of Dandy Magazine readers suggests the two things that I see right now when it comes to content is that niche and local are the two things that are growing readership fast. Dandy are purely online and tap into the creative and artistic side of gay culture, they have made themselves a destination both daily and quarterly for people to flock to.

If Hello Mr can do the same thing, then they should start to generate revenue with advertising & sponsorship [presuming this is the goal] but in order to maintain their following, digitally they will need some kind of daily component to their plan that will allow them to gain readership growth in the 6 months between each issue being released.

Even though the total disposable income of gay and lesbians in Australia is around 17 billion dollars and in the past 12 months the top five purchases of this market were 1. Smart phones 2.Major Holidays 3. Furniture 4.HDTVs and 5. Laptops – it is still notoriously hard to get big brands that have the money and product match to engage actively with the gay market.

Publishing is tough. But brilliant content will always be consumed. I will be watching these guys with interest as they prepare to release their first issue.