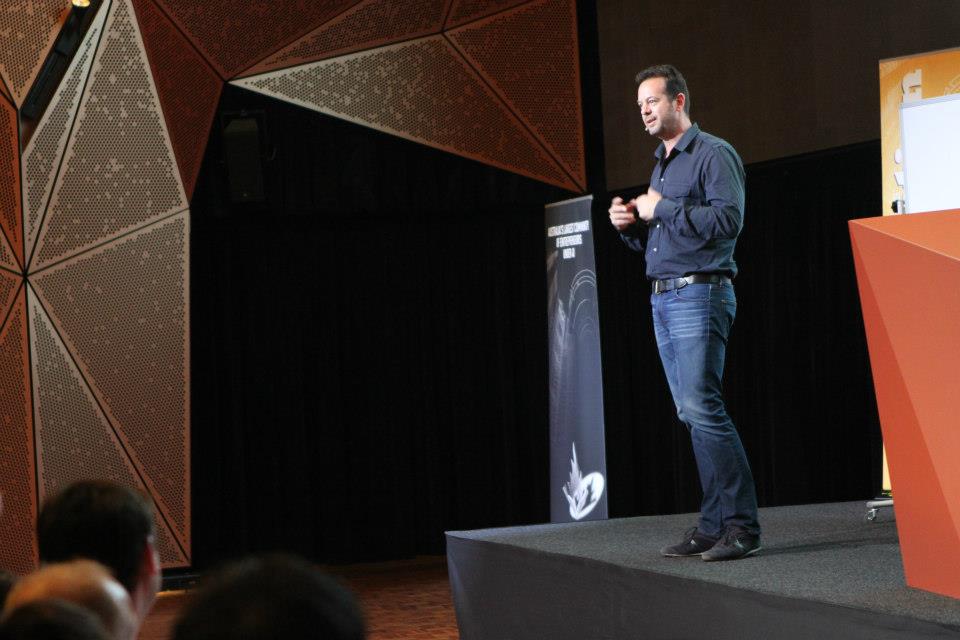 Whilst many people across Sydney were still in bed at 8am on a Saturday morning over 1000 dedicated young people [actually there were a lot of people heading towards early 40’s which was great to see] made their way to the Great Hall at UTS for the Young Entrepreneurs Unconvention. The Biggest Unconvention to date. Ever.

By 9.30am #Uncon was trending Australia wide as the first speakers took to the stage. Sarah Riegelhuth co-founder of Wealth Enhancers was the first to take the stage, with an inspiring and informative story of how she built her business, which in just two years is valued at $4 million dollars – bootstrapped. It was fantastic to see a strong female role model in the startup space and from the feedback I have heard the females in the room [making up around 50% of the crowd absolutely loved it.

As usual Jack Delosa, founder of The Entourage and Unconvention was a hit sharing the words of wisdom of a young under 25 millionaire that never finished uni. His presentation was immediately followed by a barrage of people signing up for the 2 day course being offered, I have never seen anything like it at previous Unconventions. It really is a testament that our startup scene in Australia is growing stronger and stronger.

The Search for NSW Entrepreneur of the year was a highlight of the day. Three pitches took place – A Concreter on his journey to create a 100 million dollar business, a 16 year old genius who has built a taxi app and already struck a deal with Jack Dorsey founder of Twitter [he doesn’t know his age yet] and the overall winner was Priyanka Rao who’s Business Evolvex allows users to design their own furniture, they then make it and deliver it to your door flat packed.

The home stretch was a great insightful interview on stage with Peter Davidson one of the original investors in PayPal and bringing the party to an end was cofounder of Seek.com Matt Rockman. Amazing speakers and amazing collaboration and likeminded conversation happening all day. God I LOVE Uncon.

Previous article So. Want your Workplace to be Enjoyable?
Next article Optus announces 4G network
Via Other
Tags businesseventsstartupsUnconvention