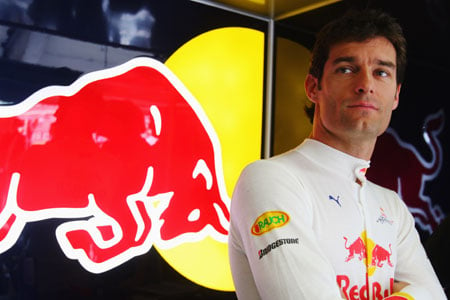 Success follows a predictable pattern – Lots of regular little wins followed by a quantum leap. Success is not a linear process, it’s a staged event.

Let’s take a look at the world of motor racing for a powerful example of this principle in action.

Every formula 1 driver shares the same story. They begin as a child driving go-karts. Each race they get better and move from the back of the grid closer and closer to pole position.

One day they win, then they win again and soon they become the kid to beat. As a result of their regular little wins they get noticed.

A talent-scout for Formula 3 starts asking around the parents and the teams for someone who’s regularly winning races. Eventually the name of a rising star emerges.

Then comes the quantum leap. The talent scout invites the young driver to come and drive in a faster team. The young driver leaves the go-kart behind and takes the wheel of the faster Formula 3 car.

It’s not like the go kart got progressively faster and magically turned into an F3 car, the driver has to leave the vehicle he knows behind in order to step into a whole new league.

In Formula 3, they may temporarily go back to loosing and struggling to keep up. Things move faster and everyone is damn good at their sport.

Once again our rising star eventually wins a race. It was narrow and it was lucky but it was a win. Then they win again and again and soon they are getting used to the podium. A lot of regular little wins lead once again to a quantum leap.

A talent scout from Formula 1 comes along and taps the talented young driver on the shoulder and says “I hear you keep winning races, how would you like to come and drive for the F1?”.

On the road to being an F1 driver, the pattern is easy to see. Lots of regular little wins create the conditions for a quantum leap.

It’s also expected that after a leap the driver will take time to get used to the new pace. They will go from regular wins to regular losses before regaining their poll positions.

In business we don’t have clearly posted racing divisions like F1 and F3. At best we can gauge success by turnover, profit or growth; but success still follows the same predictable pattern.

Lots of regular little wins first, then an invitation to take a quantum leap to the next level.

With this in mind there are two key mistakes an entrepreneur can make.

In their haste to achieve success the entrepreneur tries to force their way into a level of business they aren’t ready for.

Rather than creating some profitable quarters, winning some small contracts and completing some manageable deals, the entrepreneur goes after “that one big deal”.

They start talking about doing 7 figure deals before they’ve ever done a 5 figure deal. They approach large corporations for business before notching up a win with a small or medium sized client. They try to throw money at problems when they aren’t yet sure how the industry works.

Trying to skip the “regular little wins” phase of business is as dangerous as getting behind the wheel of an F1 car before you’ve even learned how to control a go-kart.

2. Not paying attention when someone is offering you a Quantum Leap.

A quantum leap in business feels risky. Just like the kart driver needs to leave his familiar racing kart behind in order to to go up a grade, a quantum leap often requires the entrepreneur to significantly change the way they do things.

They may need to let go of a product that is selling, they may need to get rid of a key person or partnership. They may also need to go from winning every time to losing quite a lot in order to then move forward to bigger things.

Many times, entrepreneurs have their head down in their business when the “F1 talent scout” comes and taps them on the shoulder. They get an offer to play at a whole new level but because it feels unfamiliar they turn it down or ignore it.

There may be a big deal to do but in order to do it, the entrepreneur needs to enter into new legal agreements, create new products or do a new joint venture. It all seems too tricky and the opportunity is lost.

Skipping the opportunity for a quantum leap is as crazy as a young driver turning down the F1 team because he’s too busy tinkering with his kart. The very reason you get the regular little wins is so you’re offered the chance to drive in the F1. Even if it’s tricky, find a way to get the deal done.

Success is a staged event and it requires you to achieve your regular little wins AND take advantage of the quantum leaps when they come along.