Is Posse the Future Yellow Pages? 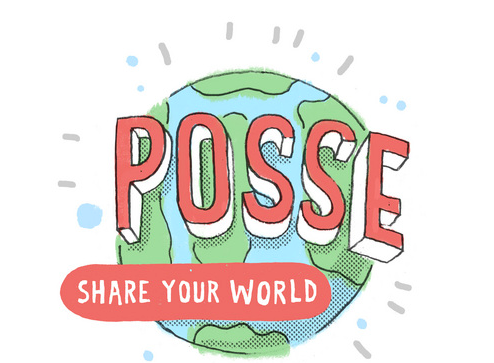 A few months ago when I first discovered Posse – I have to admit that I really didn’t “get it” – The graphics were pretty cool and they have had large amounts of media coverage, but at face value all I understood was that it was another social network that had pivoted from the music industry. I had heard founder, Rebekah Campbell speak before around at various places and read her blogs, so I knew that she was a smart person that know’s what she is doing. I went in and dabbled around a bit on the site and then lost interest for a bit.

Once a few people from my facebook network started joining, and I had more people to connect with whilst in the application, I started to get into it , it was interesting checking out people’s favourite restaurants, small businesses from their areas which they love and like to support. There were also some surprises within my connections where I found we frequented the same places but had never actually crossed paths, such as my favourite store in the Inner West – Deus ex Machina.

Then earlier this week, I wanted the number of a pub that I had been to in Surry Hills before, they sell $5.00 Taco’s there and I wanted to make a group enquiry. I couldn’t for the life of me remember what it was called and remembered that I had been there once with a business colleague in the area. I knew they were on Posse, as I had seen their street and was pleased to discover the location I was looking for was on his street – allowing me to get the website, phone numbers and details on openings etc for the place I was searching for.

After this experience I now realise that Posse, if adopted by a large proportion of the population Posse could indeed become Yellow Pages on steroids. If the users are there, the small businesses will follow and it is a great way for small business to identify and reward their local champions supporting their brands [hint hint Messina’s] It is a great way for SMB’s to engage and identify commonalities between the types of people that typically shop with them – meaning they can be more targeted in their approach to acquiring new customers.

Yellow Pages used to be about listings and distribution. In the digital realm we live in today it is about customer generated listings, engagement and reward.

What are you talking up on your street?