Gina, Trolls and the Minimum Wage 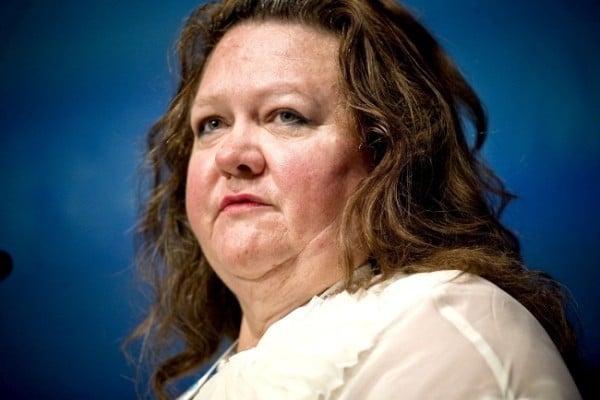 I woke up yesterday to a string of Facebook and Twitter comments both pretty evenly split for and against Gina Rinehart – the comments of course were based around articles written in the Herald, News.com etc about how Mining Monster Gina was telling all the jealous hard working Aussie’s to stop drinking, smoking and socialising and work harder if they wanted to make more money. She was also slammed for saying in the article the minimum wage should be lowered – another example of the rich getting richer and the poor suffering under the iron throne this Western Beast Sits on!

Um …. Did Anyone actually read the bloody Article?

The Mainstream media said it so it MUST be true right? Grab your pitchforks let’s get this bitch, let’s write about how this fat rich slob of a woman is a nasty waste of space, a terrible mother and a calculating capitalist. She is the richest person in the country, this reporting MUST be true!

In fact my amigo’s as I sit here now re-reading the two page spread in Australian Resources and Investment that Gina wrote and see all her “quotes” in context – the message she was trying to get across was a VERY different one. I have been vocal in the past about not being a huge Gina fan, but one thing I hate is when a media outlet spins something out of context to create drama, clicks and a particular perception about a situation. Remember these pieces written today WERE NOT opinion columns, they were not BLOGS, they were NEWS and when you are reporting facts, you should not pick and choose what elements of the facts you write just to garner more pageviews to your post and article.

Can we just focus on a couple of things that were said yesterday for a minute.

Gina DID NOT suggest anyone was jealous of her wealth, she made a comment at the end of an article based around our best business builders in history being Aussie battler’s building something from nothing. She said there is no barrier for ANYONE to create this for themselves and suggested that people who wanted it could focus on doing more to make their dream happen and less time on things such as drinking etc. Something I can tell you as a startup with big goals – I have done for the last year, she didn’t say STOP it at all, she said LESS TIME suggesting better time management.

Gina DID NOT suggest that the minimum wage should be lowered in her article, she put out to her readers a rhetorical question that maybe government should be asking. The reality of what she was talking about was that many industries in Australia were imploding due to importing from cheaper countries where labour was cheaper, meaning more and more Australians were losing their jobs, because fisheries are importing, apple farmers are importing and our labour force was not needed because companies were looking at how to do things cheaper. She was also commenting on the red tape for small business and how action needed to be taken.

Gina DOES NOT put herself in the basket of Aussie Battlers that have built something from nothing in the article, in fact she focuses on praising those who she admires in business in the article.

Comment by all means, you should have an opinion, but personal attacks?

I have no problem with people having opinions on things, I also have no problems with healthy even heated debate as long as people are focusing on the issue and content being put forward by the individual and not the individuals appearance. As I get older I am constantly amazed that we as humans always seem to go for the easy and most personal blows when things get tense. I am not innocent of this, but as our audience on the site grows I feel a great sense of responsibility to conduct myself in a professional manner on public forums where I am giving my opinion about issues.

Trolling is a huge thing at the moment and it is not new to this generation, the medium is the only thing that has changed, I would argue that personally abusing call centre staff for instance is in fact a form of trolling. I have no issue when you get passionate about behaviour, lack of knowledge and bad customer service, but the moment you make it personal, the affect this can have is often devastating – I remember countless times working for a Telco being called a “faggot” being told to “Get Aids and Die” and other gorgeous statements by callers. The moment you go beyond debate and focus on appearance, gender, sexual orientation, nationality in my books, you sit in the same class as trolls. Anonymous posts and tweets are easily ignored but the people and businesses you speak about are real, probably read it and people do get affected by it. All because someone has money in the bank it doesn’t mean they have a stronger self esteem. We only have to look at the Charlotte Dawson case to see the results vile commentary can yield online.

So by all means disagree with Gina, tell her why you disagree with her. But leave the fat comments, the bitch comments and bad mother comments out of the argument – that’s her stuff to deal with, she owes nobody an explanation.

I love a good opinion piece, I’m always up for a good argument but when I read “news” I like it clear and factual without the bullshit  and if the news you are writing isn’t going to get you the clicks than it’s really not newsworthy in the first place is it …

Previous article Have a Plan Stan!
Next article Plan Lab Changes Marketing for SMB’s
Via Other
Tags ginaquotesSay Something!startups