How I became an Advertising Nut 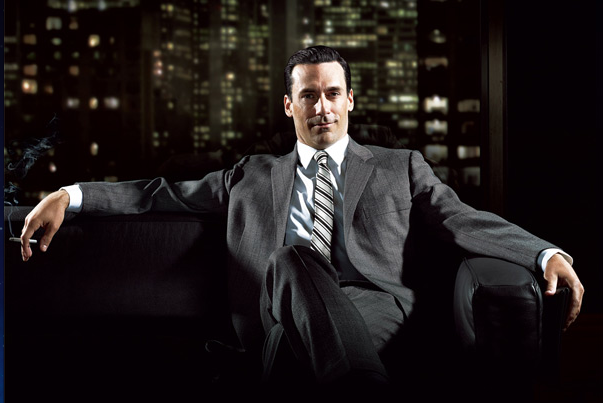 …. Even though I sucked at Selling

When I was a teenager, I was told by a psychic that I was going to be involved in marketing. I laughed and thought to myself, “whatever.”

Truth is, I didn’t even know what marketing was back then. In fact, I wasn’t sure what I wanted to do. I had scraped into psychology at University, gone and met my future teachers and decided it wasn’t my cup of tea when she rolled her eyes after I said “I’d like to be able to help people really change their lives… and do it quickly.”

So I went back home to Coffs Harbour and pondered my navel for awhile, before setting off to Sydney on a night train one day with $100 in my pocket while my parents were over in Fiji.

My sister thought I was going to end up in a cult (which did happen years later, but that’s another story for another day) and tried to persuade me not to go. But I headed off in any case. I was on an adventure. I found some accommodation in Sydney at a backpackers hostel and then started scrolling through the newspaper looking for jobs.

Before long, I had found one selling cleaning chemicals door to door. I sucked at it. I was really bad. I could hardly sell a thing. Within about six weeks I was out of there. But I had learnt about the power of persistence. So I headed back to Coffs Harbour and moved back in with my parents.

Without a job, I decided to put my new persistence skills to the test. In one day, I called 50 banana farmers, got 50 rejections. But #51 offered me a job at $5 an hour doing hard labour.

I’m not really the hard labour type. I’m kind of lazy in that way as my wife will tell you, so a week or two later when I saw a job for a telemarketing position at $10 an hour I jumped at it.

Hot, sweaty work at $5 an hour. Or sitting in air-conditioned comfort at $10 an hour. It was a no-brainer for me. But the problem was I sucked at that too. I didn’t sell a thing in my first week.

On my 6th day, I made a sale. Then something remarkable happened. I didn’t have a car at the time and started to get a lift to and from work with a guy called Ray.

Now Ray was the top telemarketer in the office. I asked him questions all the way to and from the office and he coached me. He explained the psychology behind his process… and I hung on his every word.

Before long, I was making great sales too. I moved to Sydney and I was the “young gun” telemarketer. That did a world of good for my confidence as I had moved around a lot in school and suffered my fair share of being bullied and feeling like an outcast.

I stayed in that job for several months before moving on, travelling to New Zealand and then moving back to work in a call centre in Melbourne.

That’s when I saw a brochure about a seminar by Jay Abraham. I went along. And I was blown away.

You see, I never liked the pushiness of the selling that was required in telemarketing. The convincing. The psychological arm-wrestling. What Jay showed me was a way of getting qualified customers to call me, so I didn’t have to waste time in prospecting.

He revealed how I could leverage my efforts via advertising and marketing… to make getting customers and selling products and services effortless. I hung onto his every word. I was in marketing nirvana. And had discovered my passion.

I had seen my dad suffer through endless pains in his business. I had spoken to dozens of business owners who found it tough, and I now knew there was another way. A better way. An easier way. A more magnetic way.

I was 17 when I went to that seminar. And it wasn’t until 7 years later that I started my business in the advertising and copywriting space. Since then I’ve read hundreds of books on the subject. Every minute I can I’m reading stuff about marketing, advertising, copywriting, business building. My wife jokingly calls me a nerd.

But there’s a reason behind my thirst for knowledge: I don’t want others to suffer through the unnecessary stress my parents did in their business because they didn’t know how to attract customers. I love the heart of business owners and the entrepreneurial spirit. It takes courage to step out of the box. It takes courage to back yourself.

The problem is, if you don’t have the tools, it’s tough. But as I learnt early on from Ray, when you are shown how to do something from a mentor you can turn things around very quickly… even if you suck at it (like I did) to begin with.  That’s why I do what I do.