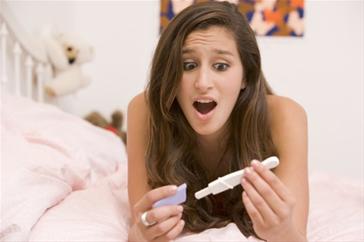 Ok, so not for Real! – But there are definitely going to be some pregnant looking guys and girls floating around the internet over the coming weeks as the application Knocked App hit the appn store today and catapulting to the number one paid app in the Entertainment section of the store.

The startup began as an idea at Sydney Startup Weekend earlier this year and sells for 0.99c – the startup and it’s founders are purely about having fun and are following a proven successful model that has been used by other gimmick apps such as Aging Booth and Fat Booth – both best sellers bringing in their founders A LOT of dough when they were trending.

Gimmick apps if done correctly can make their founders a huge amount of money fast, for argument sake if Knocked App were to do 100, 000 downloads in the next 3 weeks while they are sitting at the top of the charts and starting to rank in the global charts, after Apple take their 30% cut of revenue, they would still walk away with just under $70,000

[Damn I wish I came up with a simple but addictive and fun app idea!]

Previous article Meeeup, Taps into Friends of Friends on Facebook.
Next article How to Recruit through Facebook …
Via Profiles
Tags appsiOSKnocked Appstartups