Aussie Startup Regarded finds the One that got Away! 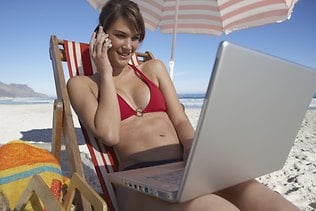 Regarded is a new Australian website and App [updated and relaunched] that allows users with a mutual interest in each other to have a second chance to connect again. “Regarded gives people the opportunity to follow up a stolen glance, smile or friendly chat that was cut short” says founder Gavin McCormack.

McCormack used his own wages working as a primary school teacher to fund his business idea,which is already starting to grow a solid user base across the country.

Users simply log in to the app, describe their scenario, the time and place that the moment happened and if by chance the other person does the same – then the two can reconnect. “Regarded’s key difference is that it is safe and fun, and most importantly it is designed for people who have already made a connection”. says McCormack.

This app is quite cool – it takes the ‘looking at you’ section in many newspapers and makes it digital and more advanced. Would love to see some statistical data on success rate’s of re-connections once they have been operating for a while!

The advert above has launched around Gyms in the city and they are currently looking at other mediums to tap into.

Previous article ANZ and WE Join for Exclusive Melbourne Event
Next article VNewsletter – What are you Doing Today?
Via Profiles
Tags appsentreprenuerfeaturedregarded appstartups