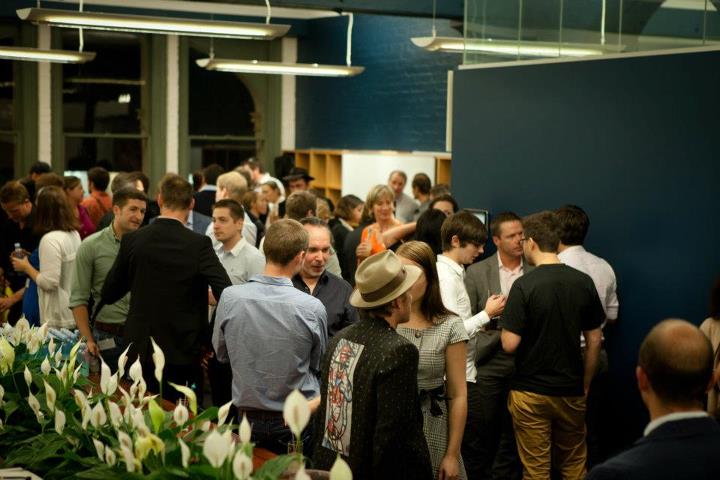 Last night over 200 people attended at “bi-city” event put on by Anthill to celebrate the Smart 100 Awards to network with other likeminded entrepreneurs, investors, thinkers and doers and to attend a panel discussion with some of Australia’s leading industry influencers.

The two events took place at The York Butter Factory in Melbourne and Blue Chilli in Sydney – technology joined both offices up with a live video link to each space and live crosses between founder of Anthill and Melbourne host James Tuckerman and his Sydney partner in crime for the night Stephanie Vilner  in Sydney.

The Sydney Panel discussion was a hit with trump card Mike Cannon Brookes from Atlassian on the panel and a room full of eager young entrepreneurs chomping at the bit to network their way over to him after the formalities had finished. I found the panel discussion refreshing each member had different views on different topics being discussed, were opinionated and forthcoming with their personal experiences and the way they choose to do things. For instance the head of Sydney Angels views on subject differed from those of the Atlassian founder, then Bluechilli founder Sebstien Eckersley Maslin would bring in another take on a subject.

It was great to have the CEO of Commercialisation Australia on the panel to explain a lot of the confusion and misunderstanding about what his department does and how they make their decisions. It was also fantastic to find out that their case workers are all successful business builders and flippers in their own right so know what they are talking about first hand when meeting with startups to talk about their ideas.

A lot of time was spent on the “All Aussie Entrepreneurs are Leaving Australia” issue that everyone seems to be harping on about at the moment. Mike Cannon Brookes called bullshit on the issue stating “A lot of it has to do with the media, it’s important to have people in the US building bridges for those here in Australia” he also mentioned that it does Aussie startups well to go to the US and build relationships that they can then bring back home. His ideal situation is one foot in Aus one foot in the US.

It was a great night full of fantastic energy, my only gripe was that like with every networking event in the tech and startup scene I am going to of late, I would LOVE to see some female representation on the panels.