The Rise of “Micro-Entrepreneurism” in Australia 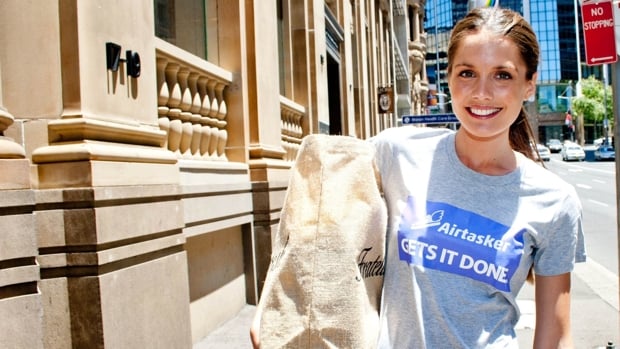 US based TaskRabbit just recently closed off a funding round of $13 million in the last week, which was lead my American firm Founders Fund. Leah Busque is the CEO of Task Rabbit and has said in a statement to Techcrunch that she would be using the funding for their aggressive expansion plans. Internationally her sights are set firmly on London. For those of you unfamiliar with what Task Rabbit does – it is a business that hopes to revolutionise the labour force, allowing anyone to post jobs on the platform that need doing and anyone using the platform to put themselves forward for those jobs. To give you an example, you may want that annoying IKEA furniture put together – well you can “outsource” that to someone on the platform.

In fact more and more people, especially the hyper engaged users of their system now refer to TaskRabbit as their main source of income, allowing them to make great money in such a tough market.

If you think that Australia is behind the times though, think again. We have covered Airtasker and their recent $1.5 million dollar funding round lead by Bridge Lane Capital before, but a recent chat with founders Jonathan Lui and Tim Fung a short five months into their new venture has started to shed some light on just how big this “local outsourcing” trend is going to become over the next 24 months.

Currently, Airtasker works across two cities being Sydney and Melbourne, they have 22,000 users and growing each day in their community. They are preparing to launch in Brisbane and Perth in the next few weeks and according to co-founder Tim Fung over the next 2 years he forecasts that between 30 and 40 million dollars will be what Australian’s will be spending on “tasks” each year.

“One of the things we have noticed is that the average payment offered for tasks is a lot higher than we originally thought” says Fung, “At the moment it sits around $80.00 per task and the three biggest areas are House Cleaning, Deliveries and Computer and IT Support Jobs”. In fact Data Entry is one of the strongest areas emerging on Airtasker with 100% completion rates and an average of 8 -10 bids per job posting. Another area starting to emerge is outsourced marketing tasks for Small Businesses such as flier dropping.

One thing is for sure this culture of “micro-entrepreneurism” is just in it’s infancy. If we choose Data Entry as an example, someone could very easily take on 4 or 5 Data Entry Jobs per day if they are good at what they do and the capacity was there, essentially setting up their own business and using Airtasker as their “incoming lead” platform, and even if the average job by then was around $100 a hard working ‘Tasker” could easily be clearing $2500 per week, which when annualised at over $120K per year is far from “micro” at all.

Airtasker currently have a team of 7 people and have a complete in house engineering team in Australia.

Previous article Facebook doesn’t have to Suck up your time!
Next article What’s On? The Young Entrepreneurs Unconvention!
Via Profiles
Tags AirtaskerbusinessMicro Entrepreneurismstartups