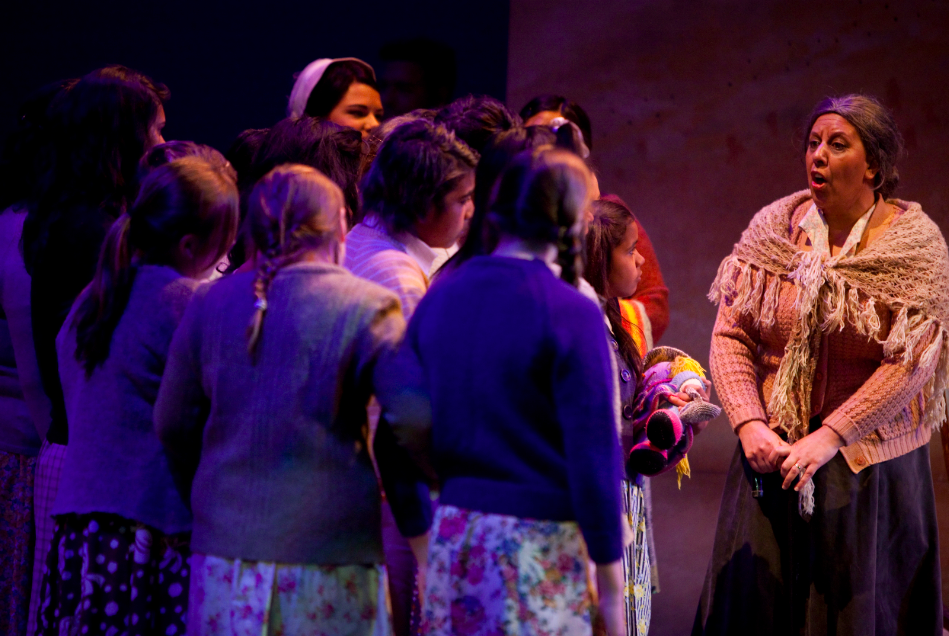 “Sixty thousand years of Yorta Yorta history. 70 years of dispossession. The summer of 1939 will change the lives of the people of Cummeragunja forever. Alice is nine years old. Her family is her entire world. Alice’s world is about to be torn apart.”

Today we are stepping away from the typical stories of tech and online and having a look at what we think is a great  startup in the world of the arts. The new Short Black Opera Company who are Australia’s first Indigenous Opera troupe will be putting on their first Perth shows next week for their original production Pecan Summer.

Bringing together a wonderful cast of Australian Indigenous opera singers and other special guests,  Deborah Cheetham, will be achieving another ‘first’ for Indigenous people –  the first Indigenous opera to be performed in Perth.

The production also marks the first time that a full orchestra will perform in the Heath Ledger Theatre. “I’m thrilled that Perth Symphony Orchestra is part of this landmark production,” says Bourby Webster, Founder of PSO.

Pecan Summer, written and composed by Cheetham,  shines a spotlight on an important, but largely unknown piece of Australian history – the 1939 walk-off from Cummeragunja Mission. The walk-off  saw 200 Aboriginal men, women and children cross the Dhungala (Murray River) in defiance of their persecutors – the opera tells of the consequences of this walk off, culminating with its final scene in Federation Square on Apology Day 2008.

Pecan Summer premiered at Mooroopna, near Shepparton, Victoria, in October 2010 to an audience comprising many of the descendents of the original walk off members. The premiere was emotionally charged, but Cheetham felt it necessary to start Pecan Summer’s journey here.

“It was appropriate that we premiered Pecan Summer ‘on-country’ and the premiere achieved huge recognition both nationally and internationally.  As a consequence of that success, the opera was performed in Melbourne in September 2011, and now it’s my delight to bring it to Perth,” Cheetham said.

One of the principal supporters of Short Black Opera is VicHealth’s “Arts About Us” program, which encourages dialogue about the harmful aspects of ethnic and race-based discrimination and the benefits of cultural diversity.

Irene Verins, Executive Manager, Participation and Equity for Health (Acting), said VicHealth is working to reduce race-based discrimination because of the effects it has on people’s health.

“Research shows race-based discrimination is linked to anxiety and depression, and also to physical conditions such as obesity, high blood pressure and even diabetes,” Ms Verins said.

“The arts provide a powerful platform for celebrating diversity and strengthening cultural understanding. Deborah’s opera adds an amazing story, unique performance and wonderful talent to our Arts About Us program.”

Cheetham welcomed VicHealth’s support and said that the journey to research and write Pecan Summer had helped her personally find out more about her own culture and Aboriginal heritage.

While researching the history of the walk-off, Cheetham discovered her own relatives were at Cummeragunja – including her uncle, country singer, and face of Reconciliation Week for 2011, Jimmy Little.

“Performing Pecan Summer in Perth in September will be another milestone for Short Black Opera.

“I encourage people to book their tickets early, as we only have 3 nights of performances. Last year tickets sold out quickly and many people missed out. We have now received thousands of hits on our website from people requesting information about when Pecan Summer will be performed again!

“I encourage all Australians to come along and share in this wonderful piece of Australian history.”

Tickets for Pecan Summer at the State Theatre Centre of Western Australia, are available now through Bocs Ticketing.