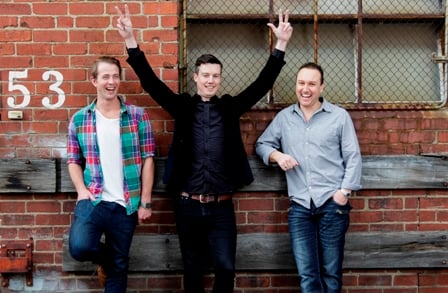 Young entrepreneur Ned Dwyer has been dabbling in startups for around 5 years now, in fact there are not many people on the Aussie startup scene who have not heard of, or reached out to him for some kind of assistance with their projects.

In 2010 Ned took over Digital Agency “Native Digital” – which he successfully grew to a team of four and still operates to this day, though now his full time focus is on his newest startup – Tweaky.com which he recently cofounded with his friend Pete Murray.

Tweaky provides website customisation or “tweaking services” for websites.  “The customer submits a brief telling us what they want done. We then break the project down into a series of tweaks with each one being $25. The customer chooses which ones they want to get done and we get to work.  It’s all supported by a concierge, or project manager, and backed by a 100% money back guarantee” says Dwyer.

I remember in the early days before bringing my developer / designer business partner on board, how costly, time consuming and frustrating communications can be with having “tweaks” made to a website. I love the simplicity of this site, especially for those of us starting up, and already I am seeing less #facepalm action happening around the world.

Tweaky closed a $450K funding round from a couple of the best in the business Mark Harbottle [99designs] and Leni Mayo [Learnable] – experts in building high growth online marketplaces for outsourced projects, these two guys are going to help take Tweaky to a level that I don’t think we can quite imagine just yet.

The team are just about to begin scaling up the operation and they have one very specific goal “We want to become the marketplace for all micro-digital jobs.  We want everyone to know that it’s possible to outsource the small, often frustrating jobs that they have online” said Ned.