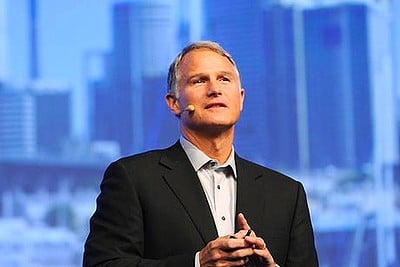 On Tuesday this week, Microsoft Australia played host to the Bizspark APAC Entrepreneurs Summit. It was great to see a wide range of speakers on the day ranging from the Deputy Premier of NSW to some of Australia’s best thinkers and doers in the technology space.

Everyone knows that I am a big fan of a good pitching competition and it was great to see 9 teams that were hand selected from across the region pitching their ideas to an audience full of investors, media and other members of the Bizspark family. The winner of the competition was GoCatch who gave not only a VERY informative pitch but had the right touch of hilarity, it was obvious as cofounders they had spent a lot of time figuring out each others strengths and build every thing they do, including pitching around this. They received a $5000 cash prize and a stack of other prizes from various Bizspark sponsors.

There were a couple more standouts in the pitching including a company in Singapore called Xilnex which aims to transform the way retailers work day to day with their new on demand and highly scalable cloud solutions and a young group of guys from Melbourne with their new startup SoundGecko which allows users to pin point articles on the internet and transform them into audio files in a matter of a couple of minutes. [seriously visit the site and do it to this article, it’s pretty rad! – We will be doing a full story on these guys next week]

One of the key messages that came from Microsofts Dan’l Lewin was one of the importance of the Bizsparks partnerships and collaboration with organisations such as Bluechilli, Fishburners and the other great environments we have around Australia. His message that further collaboration between people within the startup space would lead to greater innovation was definitely well received.

The official Hashtag for the day was #APACSummit so head over to twitter and check out what some of the other folks though about things. All in all the event was fantastic, the only thing that was a bit of a downer for me was that it would have been nice to see more women presenting [this was planned but an urgent cancellation happened] and more women pitching and of course sitting on the judging panel would have been great to. I do know that Catherine Eibner of Bizspark has this as a goal.

Remember that there is a Bizspark Newtorking group tonight from 3.30pm at VIVO Cafe 388 George Street in Sydney so come on down and meet with other startups going through the program.