Am I A Lefty Socialist Communist, A Right Wing Capitalist Or Am I Confused? 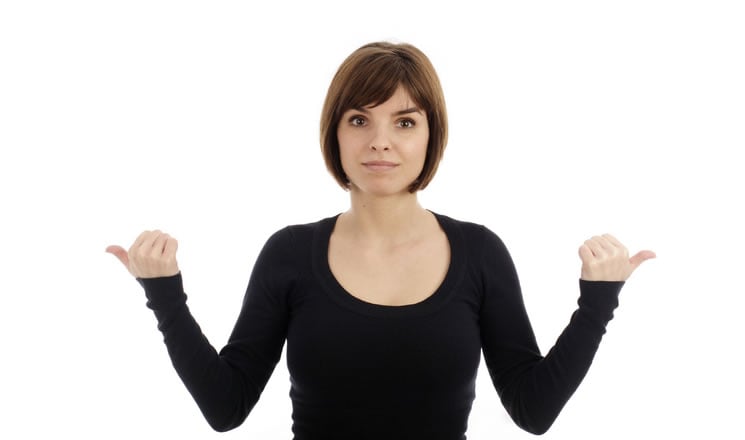 There’s great confusion about communism, socialism, democracy and freedom. The terms “left” or “right” are used so frequently without any clear definition.

When you boil it down there are two main positions one can take:

1. Individuals have rights: These agreed rights can not be taken away by a group, no matter how much the group is in the majority (eg: just because most people in a city might be blonde, they can’t alienate someone because they are brunette). We used to call this position “Individualism”. The term conservative was used to denote that we should be “conservative in granting the government much power”. The term “Capitalist” denotes that by allowing the power and wealth (capital) to be in the hands of the people, we will look after the most people. The term “Right wing” is highly confusing because at one time it meant “in support of the monarchy and the aristocracy” and shortly after it meant “in support of free markets and capitalism”, two ideas that oppose each other.

2. Groups (like Governments) Have Rights: These rights can then be granted to certain individuals by the group (eg: In China it is the state that grants rights to people). This system is designed to protect the interests of the group above the interests of any individual (eg: Just because one individual wants to become rich, they can’t do it at the expense of the group). This is the position we call “Collectivism”. The word “Socialist” is used to say that by looking after the interests of groups (society) we can serve the most people. The term “Left” is confusing as it once meant “in support of democracy” and at another time meant “in support of the communist or socialist movements”.

At the time these terms were first being used, there were three main entities in society.

1. There were real People  or “Individuals” – The USA was the first country to formally declare that it was these Individuals who had inalienable rights and that the Government was only there to protect the rights of Individuals.

2. There was the Government or Monarchy – Normally the Governments were acting for the Monarchy and the Aristocracy. This was by far the biggest threat to the rights of Individuals because it had the potential to grow so large that it could squash the voices of individuals who opposed it. For this reason the USA created the founding documents to do everything they could imagine to limmit this from happening.

3. There were businesses – These took the form of “Partnerships”, “Companies” and “Trusts”. In the early days of capitalism and democracy these “Corporations” rarely got bigger than a few hundred people working in one area. People at the time could never imagine a company that could grow as large as a government or a country. In many ways, it was businesses that represented the power of free men and women and it was business that represented the great reward for people in a free society (to own their own labour) and so when they had to decide what a business was they decided to treat it as a “person” rather than a “group”. To this day, despite names like “partnership”, “company” or “trust” that would imply a group of people these entities are awarded much the same rights as a person (namely the right to pursue wealth, power and opportunity).

A lot has changed since these foundational days, the biggest change is today corporations ARE as big (or bigger) than many Governments. They do have massive power and influence and they are solely interested in the welfare of their “Group” of investors.

Now consider how insidious it is that most people do not have a grasp on these simple definitions.

An individual who says that it isn’t fair that an oil company can pollute and plunder  the environment is called a “Lefty” or a “Socialist”. What they are saying however, is that a “Group” (The company) should not have special powers to do something that an “individual” couldn’t do. The so called “Capitalist” company CEO justifies their position by saying “We do cause some pollution but it’s in the interests of the consumers (a group)”.

A guy like Julian Assange is called a socialist/left wing extremist because he exposes lies, corruption and conspiracies within Government. He’s position is that a group calling itself a Government should not be able to keep secrets from the individuals who have a right to know even if it’s not good for the Government. The so called “Right Wing” politician Sarah Palin or the “Capitalist” Fox News reporter or are saying that we need to protect the interests of the Group even if it means cutting short the rights of the individuals.

So to make my point, if you believe in the rights of individuals – to amass wealth, to speak and act freely, to have equal opportunities – then you are a “Capitalist” or a “Conservative” supporter.

If however you think that groups (governments and institutions) should have dominion over people and that groups should be able to amass wealth, act freely and dominate the rights of individuals, then you are on the side of the “socialists”.

The media has set up a fake debate of “left” versus “right” and those words can literally mean their own opposite. The debate is very simple though – Should we be protecting the rights of individuals or should we protect the rights of groups (like governments and corperations).

Also we need to reevaluate, in a time when Corporations grow to be the size of countries and governments should we treat them as either:

1. A “Person” – who’s inalienable right to pursue wealth, liberty and hapiness should be protected.

2. A “Group” – Who should have it’s power strictly inspected, scrutinised and limited. A group, that like governments,  should be treated with some suspicion and contempt by the mere fact that it is looking out for is stakeholders rather than reinforcing the rights of the people.

What do you think?…

Previous article 77% of SMB's Expect to Grow over the Next 12 Months!
Next article Marketing Mistakes: Me, Myself and I
Via Other
Tags blogsbusinessPoliticsRights