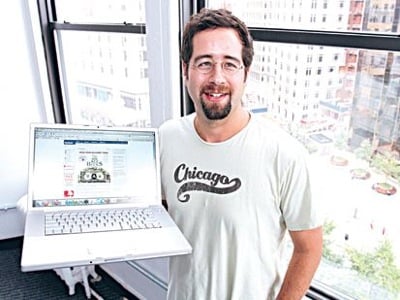 As most of you would have heard, yesterday US based company Buddy Media sold to Salesforce.com for $689 million dollars. I am sure that kind of deal would make many people smile. But what really made me smile was the YouTube clip that cofounder and CEO Michael Lazerow posted just after signing the deal. His Words:

“Yesterday, Kass and I signed a deal to sell Buddy Media to salesforce.com. Right after, I sat down and recorded a personal video. It’s raw and emotional and captured the feelings I had after signing. I thought about not sharing it as it is so personal. But that wouldn’t be very social-media like of me. I figure I’ve been sharing what I’ve been eating, doing, seeing and more for hte better part of 5 years. So why stop now?”

Watch the clip – Then let go of your fears and do something Amazing!

Previous article Create Your Puma Social Dream Team
Next article How to Buy a Business for $1.00
Via Other
Tags Buddy MediaSalesforce.comYouTube