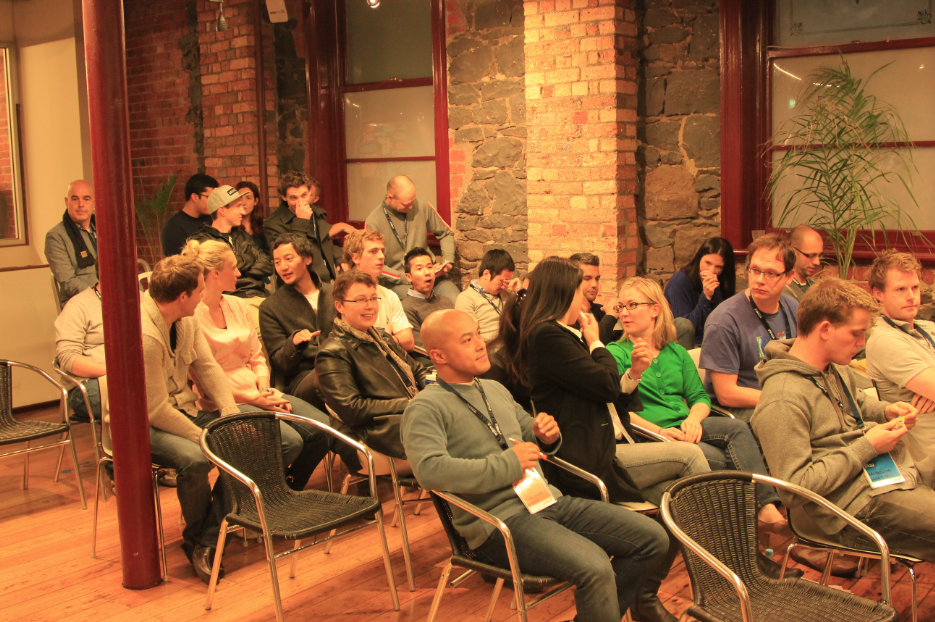 Over the weekend I had the pleasure of attending the Launch48 program held at York Butter Factory here in Melbourne.

The aim of Launch48 is to bring together participants from different backgrounds and levels of experience in the web industry to think/plan/develop and launch one or multiple web apps in one weekend. This is an ambitious challenge that was impressively taken on by all who attended – no slackers allowed.

Launch48 kicked off on Friday evening where those with an idea were given 1 minute to pitch after which, teams were then formed. This was closely followed up with the first dosage of pizza and beers of the weekend (not complaining). Saturday was focused on refining the pitch, clarifying the value prop and building an initial demo product. Sunday, D-day was a sprint to the end as all teams further refined their presentations in preparation for their final pitch later that evening

The four teams for the weekend were:

AppyWife – mobile app that offers husbands a way to please their woman on special occasions without having to remember the little details.

Qjumpr – The Qjumpr platform allows consumer and corporate buyers special access to exclusive products, services and other scarce items. Initially focussing on the restaurant market, the Qjumpr iPhone application provides a unique opportunity to book a table via a fun and engaging auction process.

Skiip (formally known as Salvage Bazaar) – The construction industry is generating a lot of wasted building materials, which go straight to landfill. Yet these materials have value and people want them. Skiip helps solve this problem by connecting buyers and sellers of recycled building materials.

Markive – Markive is a web based platform that allows its users to capture street art through the camera functionality of their mobile devices.

It was really interesting to see the ideas constantly change and refine over the weekend as the teams become more internally effective and the mentors began to prove their worth. Without question, the theme for the weekend would have to be ‘pivot’ – I even saw someone pick up a pizza, walk away, then turn around and swap it for another one!

Previous graduates from last year’s Launch48 – WeTeachMe were present over the weekend. I was fortunate enough to spend some time chatting with them about their experiences at the last event as well as what they have been up to since. These guys are kicking goals with both feet at the moment and look like “taking on the world” or at least this southern end of it anyway.

They are testimate to the potential and success of the Launch48 program. These guys prove that it’s a place where ideas can be born, lasting friendships made and businesses built.

Thanks to everyone who allowed me to stick a camera in their faces over the weekend and to my cameraman Stewart Payne – you’re a total rock star.

Looking forward to the next Launch48 event!

Previous article Should Media & Business be Biased around public Campaigns?
Next article Get Over Your Ego!
Via Other
Tags launch48Melbournesimon walkerstartupweteachmeyork butter factory