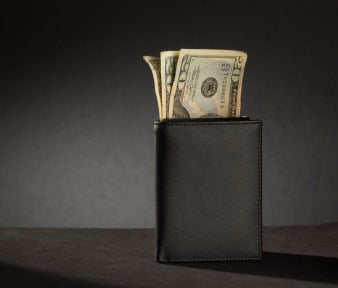 A week later she came back to me in a panic.

She had lost around a third of her clients. She felt like her business was sliding backwards. She was in a tailspin over the whole thing.

So I sat down with her and took her through the numbers.

By doubling her prices, she was actually making MORE money than she had when she was charging less. By losing 1/3 of her clients, she had freed up MORE time to focus on developing new, higher net worth leads.

Point 1: Don’t be afraid of charging what you’re worth. Typically, most of the clients who come to me are charging 50% (or less) of what they’re worth. There are a whole bunch of reasons (normally either wanting to match or be below competitors or just not truly seeing the value they provide) – but the numbers you need to run are these:

If you double your price and lose half of your clientele, what will the result be?

This is often the first thing I recommend to time-starved service providers who have totally full books and are annoyed that they’ve hit a plateau in terms of their income due to a lack of time.

Point 2: Don’t get caught up in emotion and in observations around your business. Yes, a certain amount of gut feeling is important. But what’s more important are the numbers. They give you an unbiased, impartial picture of where things are at.

That’s why you have to track everything. On a daily basis. Even if you’re not a details focused motherfucker (I just realised I was halfway through an article and I was being all serious and shit and there wasn’t a single swear word in there … ) – you need to be disciplined around that stuff.

People freak over the whole discipline thing – like it’s some kind of ancient secret handed down by guru’s and yogi’s. But it’s actually pretty simple.

Discipline is keeping the promises you make yourself.

If you’re not going to do it – be honest with yourself and don’t make that promise in the first place.