Are City of Sydney turning their back on Startups & Small Business? 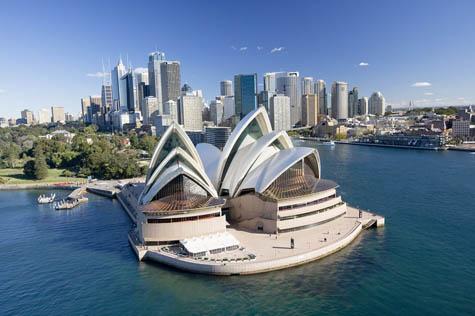 While over 75% of rates are collected from business, occupiers and non-residents the Council has indicated they will give financial support to Buy Nothing New Month.

The City of Sydney Council’s reported decision to give media and in kind support worth $30,800 for the hire of the Customs House forecourt for Buy Nothing New Month is just the latest in a long line of ridiculous decisions that appear to support the further demise of an already struggling retail sector.

Angela Vithoulkas, a business owner in Sydney’s CBD who is running as part of the Living Sydney Independent team in the upcoming City of Sydney elections is astonished by the Council’s reported decision.

‘The City of Sydney Council’s contempt for the business community has reached a new low. While the council readily collects $171 million in rates and charges from business, occupiers and property owners it is planning to give financial support to a movement that encourages people to buy nothing new. At the same time the Council won’t spend a cent on advertising to let non-residents know they have the right to vote in the upcoming elections to be held in September.’ Angela Vithoulkas said.

This is just the latest in a long line of insults to the business community.

Living Sydney Independents have been actively pursuing the council to encourage them to let non- residents know that they have to be enrolled to vote in the upcoming council election by 30 July 2012. Last election only 396 non-residents voted because most weren’t aware of their rights.

‘It has been reported that the City of Sydney Council plans to use rate money collected from the business and retail community to fund a movement that is anti-retail. Sorry, but am I missing something? Decisions like this will ultimately drive people out of business. It is more imperative than ever that we let non-residents know they do have a say at the upcoming elections’ Angela said.

We are all for recycling and green living, but to actively promote not buying new products for a whole month when most businesses are already struggling to pay staff and rent is surely not good for the community. What do you think?

Update: The City of Sydney have published their fact sheet on the event, detailed below:

Councillors will vote on Monday 25 June on whether the organisers of Buy Nothing New Month can use Customs House Square for an installation to promote recycling and reuse.

The installation is a sustainable house, which the organisers will fill with recycled goods and furniture. Public figures, including Aleisha McCormack (roving reporter from The Circle) and Adam Stayfer (comedian), will live in the house.

The City is not contributing any financial support to the event.
We support the event because it promotes Sydney’s 200-plus businesses in the ‘re-use’ sector, which contribute about $35 million to the economy annually.

Because of the increase in income inequality and the strain on household budgets, it’s important to promote a range of ways that people can access goods and services. ‘Collaborative consumption’ is one way that many people are recycling and reusing all kinds of assets – from spaces to skills to cars. It costs individuals little but provides many benefits.

And, of course, the City also actively promotes and plays a crucial role in supporting other local businesses which help keep central Sydney’s $100 billion economy strong.