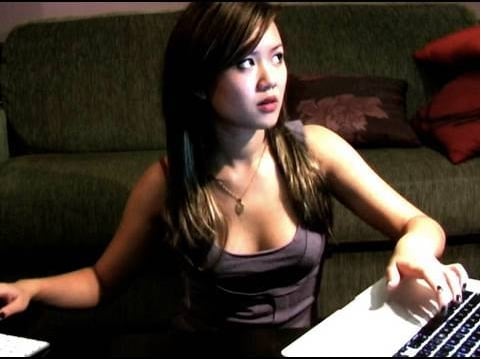 One of the key things we try to do as businesses is build an audience through social media, this helps keeps us relevant and our brand names in the minds of potential customers, especially if we are communicating with our “communities” often. YouTube is not only a huge social site but it is also one of the largest “search” sites in the world. Quite often these days I find myself “YouTubing” someone’s name or business before I google, because I find that video can quite often give me a snapshot into the person or business and help me decide whether or not I would like to invest more time in them.

The industry that has taken used the YouTube platform the best thus far has been the entertainment industry and success stories such as Justin Bieber and most recently Sophia Grace and Rosie have proven that interesting, humorous and pure talent are sure to provoke sharing and quickly build you a tribe of followers.

I thought we should have a look at a few Young Aussies who have built tribes of millions of watchers on YouTube and are not only making some great dollars from YouTube, but forging themselves industry careers and being presented with countless opportunities.

Natalie Tran is one of the most watched YouTube celebrities in the world, in fact her videos have clocked over 426 million views in the last few years. Her weekly video blog is humorous, well edited and completely random, she has built her channel into a business and was recently named one of the most influential people in Sydney by The Sydney Magazine’s Special Issue for 2011.

These lads from Melbourne are a bunch of young pranksters doing some of the most cringe worthy stuff I have seen. Some people will probably find them offensive, but in the end they are a bunch of high school students that are just being cheeky little shits in public, and because of their age, well they will get away with it for a few more years. And to those who think that being a dick in public and attracting over 20 million views on YouTube won’t get you anywhere, I say this – familiarise yourself with the multimillion dollar “JackAss” franchise. These kids are going to make some dollars -trust me.

If you don’t like swearing, then don’t watch any of Alex’s videos, but if you are into politically incorrect humour, I think he is hilarious. With over 7 million views on his videos so far including a collaboration with comedy legend Tom Green when he was in Australia, I think we have only just begun to see what Williamson has in store for us.

These young and very talented singers – who also happen to all be brothers and sisters are very quickly building themselves a massive following across all social networks. Unless they are already in talks – I am guessing that a record is not too far around the corner for them. The band range from 13 -18 and already have clocked up over 8 million views on their YouTube channel.

So what about Business? How can we use video to build an audience and attract customers to “buy” from us and be more “engaged” with our businesses? The short answer is there are literally a million ways to do this – and it doesn’t mean that we need to spend heaps of money either. Recently we have started putting together our own VDM’s as an alternative to an ENewsletter for our subscribers as a different way to interact with them as opposed to just having an email, week one saw a completely positive reaction to the open rate of the email as it was a different type of content and something that people could just click, sit and watch and not have to read. We are excited to be doing a lot more things with videos over the coming months.

If you are doing some really cool “video content” things with your business, make sure you let us know, we are more than happy to distribute this to our network if the content is relevant.

Previous article The Fail Convention
Next article Make yourself accountable to Someone, Even as the Boss!
Via Profiles
Tags entrepreneurYouTube