The Two Paths of a Hustler 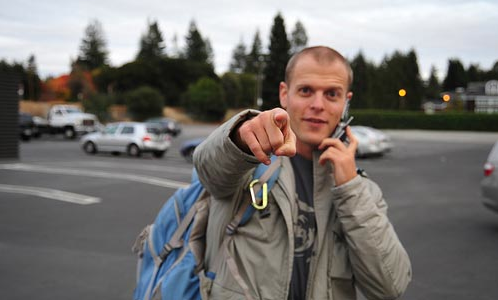 Magic? No, hustle. That’s how they do it. Building awesome companies to crazy valuations is the factor by which a lot of people measure success of the best. Not all entrepreneurs love the spotlight of the media and instead prefer to keep their goings on private to their circle of peers and family. One of my best friends and mentors is such an entrepreneur. He imparted something on me a while back which I haven’t forgotten and think about regularly.

“Nathan, a successful entrepreneur will have two choices when it comes to the media, you can either embrace it and use it as a tool to get what you want, accepting the sacrifices that comes with that. You come under scrutiny and lose a lot of your privacy, and your friends will perceive you differently. Or, you can do your hustle behind the scenes and rely on your talents to build your success, keeping your privacy in the meantime”

He chose the latter path and most of the world isn’t aware of his incredible achievements. Something which I think is a smart long term move. With a known name comes so much pressure and constant scrutiny.

Tim Ferriss is the perfect example, I wouldn’t want to be him. When it gets to the point where you have to keep your email address extremely secret lest it be released to the masses you know you’ve hit a milestone from which you can’t return.

Tim built a very successful company and reached that pivotal point of success that brands him as someone with credibility. His next project, writing a book on how he did it and engaging the media in order to promote it is what made him a celebrity in his own right.

I’m not saying that makes him any less of an entrepreneur, in fact he is in my top 3 of favorites. It’s just that it’s important to appreciate the two different paths and implications of each, there is a very fine middle ground.

So if you’re an aspiring entrepreneur, keep in mind that the decisions you make in regards to PR will have large consequences on your life. I hope you make the choice best for you.

Previous article The Most Important Pitch of Your Life!
Next article Newbies from Perth take on Billion Dollar Giant, Survey Monkey!
Via Other
Tags entreprenuerstartups

20 years old. Living in Sydney (but living out of a duffel). Developer and leader of several business concepts. Excellent pitcher (no way on earth I can be modest about this). Jack of all trades entrepreneur. My Blog Vagabondbrands is my form of expression to the wider world on entrepreneurship and life.