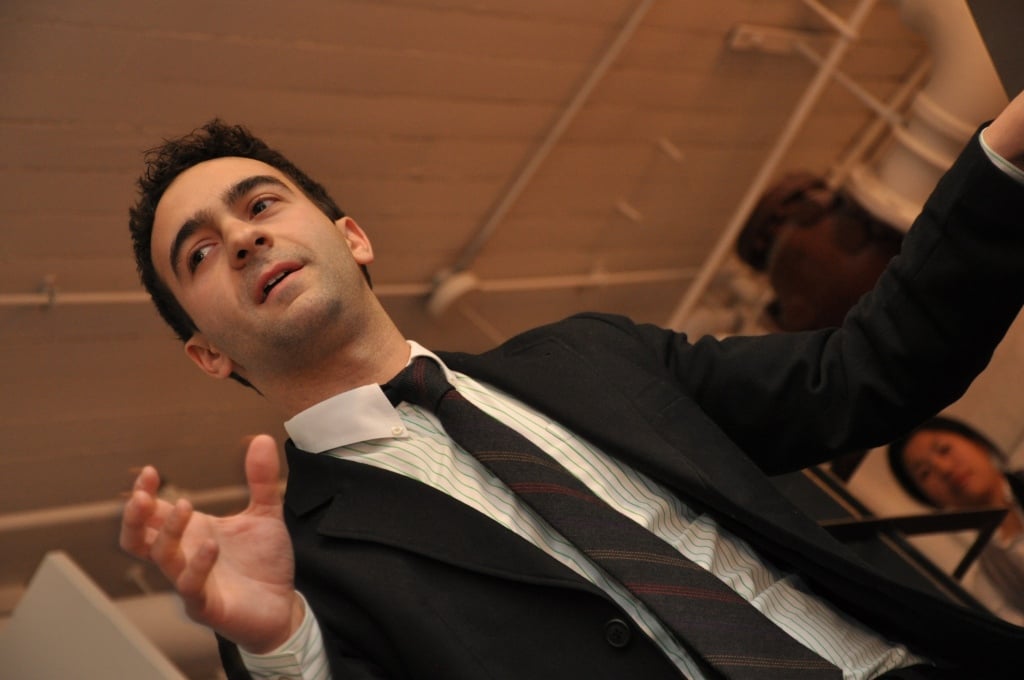 If you have not heard of entrepreneur Jeremy Haines yet, then you need to visit his business Purpose.com and check it out. He is an Activist and an Entrepreneur, combining these skills to be a driving force of good in the world. Jeremy co-founded Avaaz.org, now the world’s largest online political movement, GetUp.org, the Australian political movement with more members than all of Australia’s political parties combined, and an advocacy group in the 2004 US presidential elections that raised millions in online donations to tell the stories of a group of women whose loved ones were in Iraq.

This Aussie born visionary has actually been lobbying and building campaigns since the age of 8 [Seriously watch the clip above, gobsmacking stuff!], and in the grand scheme of things is just getting started. His Social Enterprise Purpose creates 21st century movements. They deploy the collective power of millions of citizens and consumers to help solve some of the world’s biggest problems. The company was born out of some of the largest experiments in mass digital participation in the last 5 years.

Purpose has helped to create significant new efforts to fight cancer, eliminate nuclear weapons and change our food culture. They recently launched All Out, a global movement to win historic rights and cultural acceptance for LGBT people. Their movements are deploying huge numbers of people, online and on the ground, to influence the political process. The company is working to create the consumer demand and behavioral shifts required to bring about the kind of change that politics alone cannot.

Jeremy received the Ford Foundation’s 75th anniversary Visionaries Award. The World Economic Forum at Davos has named him a Young Global Leader and the World e-Government Forum has named Jeremy and Purpose co-founder David Madden among the “Top 10 People Who Are Changing the World of the Internet and Politics”. His work been recognized in publications like The New York Times and The Economist. And this weekend he will hit the stage in Sydney at the inaugural TEDx Events.

To be a great Entrepreneur does not mean you need to be making billions of dollars, it is about changing the way the world works for the better and Haines is definitely a fine Aussie example of this.

Previous article Event: Become a Key Person of Influence!
Next article How Coupons can positively impact YOUR Bottom Line!
Via Profiles
Tags entreprenuerstartups