Getting the Personal Attention of the Best! 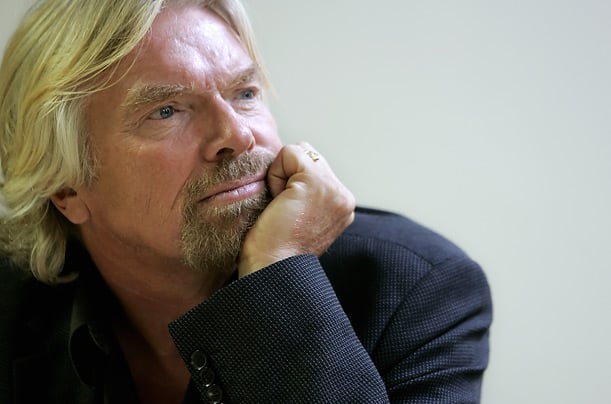 There is a common perception that it is impossible to talk to the most successful amongst us. This is not true. But you can’t be blamed for thinking that way, it’s only natural. I mean why on earth would someone that awesome be willing to talk to a person who hasn’t yet begun to reach a similar peak?

They say if you want to be the best then you should be around the best. I wholeheartedly believe in this. Yesterday I heard it phrased in a funnier way “if you want to soar with the eagles then don’t hoot with the owls”.

Ok so we know that we should be learning from the best, but how on earth do you contact them? Most often, a google search and a phone call will get you want you want. That’s what I did this very morning when I wanted to speak to the founder of a company that pulls in 50M revenue every year.

Sadly it isn’t always that easy, there are those who are so damn famous that they have to take measures to protect their contact information, and I don’t blame them. Thus, we need to think outside the box (excuse the cliche) for a way to get their attention.

I’ll share one story with you about such a method which I’m positive hasn’t been used to its potential and which I used last year to reach out to Tim Ferriss when he visited Australia for a seminar in Melbourne.

When I found out both Richard Branson and Tim Ferriss would be coming to Melbourne to speak to a crowd of entrepreneur types I knew I had to be in that audience. As the event approached though I realised that listening to them wouldn’t be enough, I wanted to meet them.

2 nights before the event I sat down and typed a one page letter to Tim using Jux.com, a simple blogging platform with a beautiful interface. You can still see the letter I used here (http:­//goo.gl/f0YLJ). Having written the letter was nice, but it wasn’t going to get me a meeting. It was what I did with the link to that page that made that 2 days in Melbourne freaking awesome.

I realised the easiest way to get to Tim would be through social media, but he had hundreds of people a day trying to talk to him there. My voice needed to be louder. I came up with a catchy headline that I was sure he would click on “How I used twitter to meet Tim Ferriss in less than 48 hours” and then spent 2 hours tweeting to relevant people and gunning for the all important retweet.

The 48 hours went by and suddenly I was in the audience and Tim was speaking, it came to question time and I jumped up on my chair to secure the mike. When I asked him if anything different had happened on twitter in the last 48 hours he asked “Are you Nathan?”. Boom, that was an awesome feeling! He had actually read my letter!

Tim got me to share my technique with the 5000 people gathered there and I had great fun chatting. My audacity got the attention of some of the other seminar speakers and I was given a VIP pass. That pass got me into a room with Richard Branson and I got to shake his hand and thank him for his inspiration.

I think the lesson to be learnt here is that all you must to do is be willing to take that first step and reach out to whoever inspires you. One of my mentors has spoken to Warren Buffet by phone and secured exclusive deals with CEO’s just by having the balls to call.

Pick up that phone!

20 years old. Living in Sydney (but living out of a duffel). Developer and leader of several business concepts. Excellent pitcher (no way on earth I can be modest about this). Jack of all trades entrepreneur. My Blog Vagabondbrands is my form of expression to the wider world on entrepreneurship and life.