Ben Bradshaw on Why Internet Marketing is Booming! 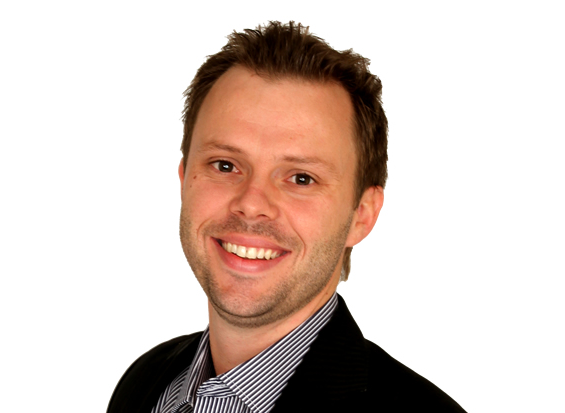 Ben Bradshaw is one of Australia’s established online marketing and Google AdWords pioneers. He is the Director of Australia’s largest Australian owned AdWords Management Company, and one of Australia’s most sought after speakers and trainers on the subject. Ben is no stranger to success – not only is he now a self-made millionaire, an author, and one of Smart Company’s Hot 30 Under 30 among other prestigious award-holders, but he also holds the Guinness World Record for the fastest escape from a straight jacket!

Ben’s entrepreneurial approach and knowledge on Internet marketing has resulted in his business doubling its revenue year on year since its inception. Just after it started, SponsoredLinX was approached to become one of only a very select few authorised Google resellers and is now a Premier Google Partner – one a small prestigious group of companies handpicked by Google.

Internet marketing is set to be a key area of future employment and massive industry growth, according to Ben.

According to Mr Bradshaw, this dynamic industry is constantly evolving and adding new job opportunities for future generations of job-seekers, and those excited by the possibilities created by the Internet.

‘’There is no doubt that the advent of different areas of technology has caused some job descriptions to become redundant, as computers carry out the work that humans once did,” he said.

“However, one industry completely flourishing at the same time is online marketing, where new positions are created almost monthly, as the need arises.”

Mr Bradshaw said, as an example, one employment area in the field that didn’t exist just two years ago is that of a Social Media Manager.

“While Twitter and facebook certainly existed, these platforms were still in their infancy and were not being used for any type of business or promotional purposes at that stage.”

Mr Bradshaw said that as these new areas of responsibility were being developed, and clients’ needs consequently expanding, his own business was growing rapidly in staff numbers to accommodate for it.

“As an example, we are putting on an extra 20 staff in the next few months to cope with the demand for these extra services, as well as the popularity of Internet marketing as a business services sector.”

Mr Bradshaw said that, aside from the mining industry in Queensland, he doubted any other industry was experiencing such enormous job growth at the present time.

“And there is definitely no end in sight to this constant demand and growth. Because the industry is so dynamic, new job definitions are being created all the time. One particular area I see future growth in is video marketing. I feel that this area of online marketing is only just getting off the ground, and we have just scratched the surface of how we can expect video marketing to be utilised by businesses and enterprise in the future.”

Mr Bradshaw said, while Bachelor degrees in marketing, business or commerce with a major in e-marketing provided great grounding for a career in this field, nothing rivals experience when it comes to job seeking.

“As with most industries, hands on and practical experience is the most valuable asset on a candidate’s resume.”

As a business, SponsoredLinX is preparing for another year of enormous triple-digit growth. Last year the business literally doubled both its client base and staff, whilst business turnover has tripled from 2010 to the present day.