Aussie Startup Scores $100K from Citrix in US Competition 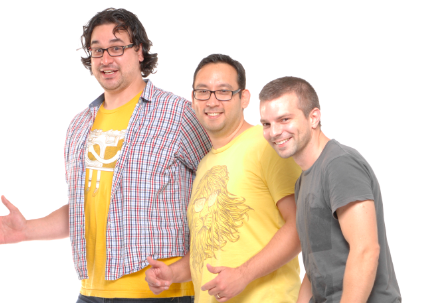 ScriptRock is one of this years Startmate startups that automates checks of applications and other infrastructure for large companies to make those resources run correctly. It tests file systems, file integrity, configuration files, database hosted configuration etc. It already has some very large customers such as ANZ, Bankwest, and OnePath.

Script Rock automatically tests how I.T systems are configured and it can be applied to any system. Manually checking systems that can take hours and effort is no longer an option. It easily captures the configuration of applications and infrastructure using plain English templates. Script Rock has no complex programming or complex scripting. It abstracts all of that for you. All you need to know is: “Hey, is my mail working?” and it will say; yes or no and the reason why. Within seconds, you’re able to find out what is wrong within the system, and get it fixed.

In a pitching competition held yesterday in SanFrancisco Citrix awarded a $100,000 check to two startups ScriptRock and AppEnsure as part of the winning prize. The move was a surprise because Citrix had planned to write only one cheque.

The judges gave Alan Sharp-Paul, Michael Baukes and Leo Venegas high marks because of the progress the company has already made. Scriptrock stated that some clients could be paying large dollars for their service. Not just servers but desktops, too, can run the ScriptRock service, which could mean additional business. The company is looking to close a $650K seed round in the near future.

A Big Congratulations to these guys and the team at Startmate!

Previous article The Secret of Successful Blogging for your Business
Next article The Funding Games – 4th 500Startups Class!
Via Profiles
Tags entreprenuerstartup