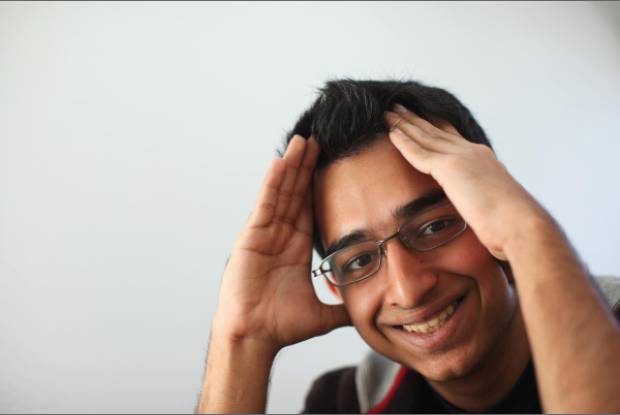 Sahil Lavingia dropped out of college in his first term, instead deciding that he wanted to get some “real” work experience under his belt working for a real company.  One thing lead to another and he started working for Social Media Startup Pinterest, which get’s currently over 100 million views in a month according to latest statistics.

He has gone out on his own now and has just launched GumRoad – Which has also attracted some heavy weight investors who in total have put in over 8 million dollars in two rounds, one late last year and another quite recently. Gumroad aims to change the way people buy and sell “stuff” online, buy using social media as a means of distribution.

Just in the same way that twitter works as a distribution channel for blogs such as Mamamia, Anthill, Dynamic Business and many other online publications [including ours] to drive traffic, and pageviews – Gumroad uses social networks to break down the barrier of using sites like eBay who take a large cut of revenues. It also allows startup businesses to avoid the red tape of setting up their own online store. And you can literally sell much more than product, what about a blog post? Some source code from an app you are developing? That song your band never put on iTunes?

With names like Accel Partners and SV Angel backing him, it is obvious this extremely intelligent guy is on to a winner. It is also obvious that he is already extremely influential across the startup landscape with a huge twitter following of over 18,000 people, growing daily.

I love stories like this,  it keeps that fire burning in my belly. Hat’s off to you Sahil – what an awesome game changer for online sales!

Previous article Why your Startup will probably Fail
Next article The &amp;quot;Battler's Budget&amp;quot; and Small Business
Via Other
Tags entreprenuerstartups