Mumpreneur to Watch is Finalist in Small Business Champion Awards 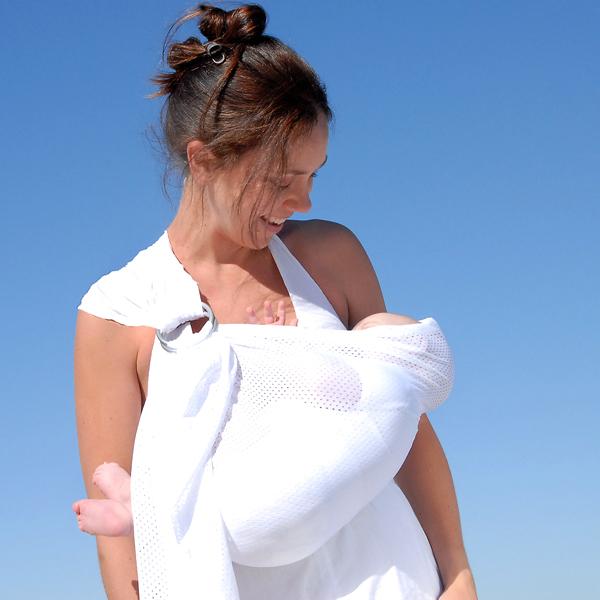 We told you she was a Mumpreneur to watch during 2012. Adding to a big year in business that saw director Anita Lincolne-Lomax named the 2011 AusMumpreneur of the Year, Babes in Arms can now include Australian Small Business Champion finalist in its accolades.

The specialist national distributor of baby carriers and slings and babywearing expert, Babes in Arms, is a finalist in two categories – Entrepreneurship and SpecialisedSmall Business – in the awards, which are the largest small business awards program in Australia. The Small Business Champion Entrepreneur category is the major award and Babes in Arms will be competing against 30 other finalists from around the country.

Babes in Arms is a wholesale product gateway for retailers and will join small business owners from around the country at the Small Business Champion Awards presentation night at The Westin Hotel in Sydney on 21 April. Thrilled at the chance to be recognised again at a national level as a leading entrepreneur and industry expert, mother-of-four Anita said it was vital that the work of small businesses was recognised.

“Small businesses really do perform an important role in their local communities and also nationally. Babes in Arms employs local staff and our business is growing through strong customer service, developing active communities through social media and our annual babywearing celebration, The Australian and New Zealand Babywearing Week. We are also committed to connecting with our customers inperson as often as possible through babywearing workshops and our product ambassadors attending retailer’s VIP nights,” Anita said.

“Being named a finalist in two categories in the Australian Small Business Champion Awards has added to a whirlwind year for Babes in Arms where I was named the 2011 AusMumpreneur of the Year by the Connect2Mums community and was listed by Shoestring Launch Magazine as a mumpreneur to watch in 2012.

“Our national team has worked very hard to build Babes in Arms to the point it is at right now, and we have big plans for the business in the future,” thebabywearing advocate added. In Australia’s pram-dominated culture, Babes in Arms has successfully raised awareness about the ancient wisdom and benefits of baby wearing that promotes a peaceful start to life for new parents and their babies.

Babes in Arms sources the best baby slings and carriers from around the globe to build an select babywearing range that promotes a baby’s natural desire forcloseness, but solves a parent’s need to be hands-free. As an industry expert, Babes in Arms is both a national product gateway and an educational resource for parents, retailers and health professionals alike.