Is Big Richard the “Kogan” of Condoms? 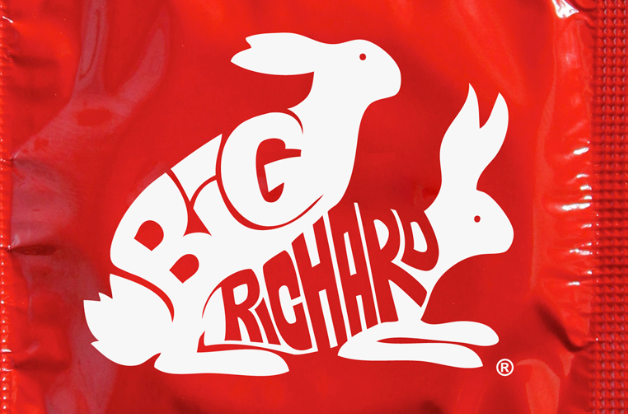 A recent NSW Health report discovered that only 40.51% of people between the ages 20 to 29 report that they always use condoms during sex. Lack of immediate availability and embarrassment associated with buying condoms at the counter are cited as key factors contributing to non use.

To help alleviate these difficulties, Australiaʼs cheekiest condom brand, Big Richard, has launched a monthly condom subscription service. Simply select the number of condoms you need, and from as little as $10 a month Big Richard will send you a supply of their award winning condoms and a mystery sex toy to spice up your bedroom action.

‘It’s pretty crazy that many young people are still embarrassed to buy condoms. Our whole philosophy with Big Richard is to bring the cheeky Australian spirit to safe sex. This new condom subscription service is an extension of that’ said Big Richard founder, Lloyd Perry.

The subscription comes in three options: A ‘Shag’ pack, a ‘Couples’ pack and a ‘Superman’ pack, which offers an assortment of products catering to mens needs. All packs come in discreet packaging and free delivery.

‘Young people pay for their mobile phones or their gym membership via a subscription plan, so why not condoms?’ said Perry.

We are looking forward to seeing what will be next from these guys – who are less than a year old!

Previous article The 6 P's to a Perfect Presentation!
Next article Will Oomph become THE Digital Magazine Platform?
Via Profiles
Tags entreprenuerfeatured