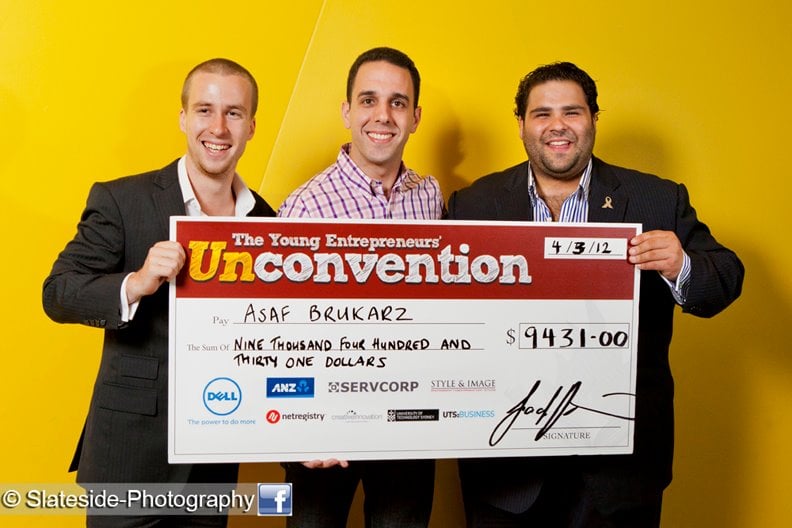 Asaf Brukarz’s passion for technology began at an early age when he started pulling apart cameras, cassette players and computers. By age 14, Asaf had started his first business repairing and upgrading computers for family and friends. After graduating from the University of Melbourne with a Bachelor Degree in Information Systems, Brukarz’s passion led him to expand his experience in high-technology systems, working as an integrator of smart systems on high-end projects such as the MCG redevelopment, Crown Casino expansion and many commercial and residential projects.

Already accustomed to the gripes of his father, Jack Brukarz – founder of the Apartment Superstore, about the development industry’s lack of efficient communications systems and having observed the industry’s limitations first hand, Brukarz founded PropConnect in 2009 with the aim of building a system that would transform the property sales process. The platform has grown rapidly since its official launch in 2010, transacting a total of $350,000,000 and turning on average $1,000,000 every day.

Recently he was awarded the Best Pitch prize at the Young Entrepreneurs Unconvention, which took place in Melbourne on March 4th. In front of an audience of 400 and a judging panel that included Peter Davison, seed founder of PayPal and Andrew Thomas, E&Y Young Entrepreneur of the Year, he succeeded in delivering the most compelling pitch of the event, outlining the reasons for the company’s phenomenal success, his visions for its future growth and his views on how innovative software solutions will continue to transform the world of property development.

“PropConnect works because it is based on a simple premise”, said Brukarz. “It guarantees faster sales performance whilst offering better control to property developers. Centralising project data in a secure, audited online system means critical sales information is always up to date. It also greatly reduces risk: A property cannot be ‘sold’ twice and transactions only occur to genuine buyers”.

Executive Director of the Entourage, the movement behind the Unconvention, Jack Delosa, explained why the judging panel awarded the prize to PropConnect. “To all of us on the judging panel, PropConnect represents a scalable opportunity that provides a central platform for what is otherwise a fragmented industry. What they’re doing in the property space represents real value for all of those involved in the buying chain.”

PropConnect is now looking to grow its product offering, with mobile applications and customer relationship systems on the roadmap for upcoming versions.

Previous article &amp;quot;Mentor Mondays&amp;quot; with Shoe String!
Next article From an Ironing Board as a desk to Multimillionaire!
Via Profiles
Tags entreprenuerfeatured