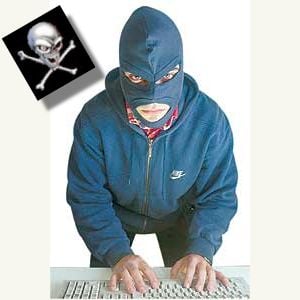 It’s not every day that Microsoft predicts the world-wide hacking of its own software… But they did yesterday.

A recently discovered vulnerability in Microsoft’s Remote Desktop Protocol (sometimes referred to as RDP or Terminal Services) is serious enough to prompt Redmond to drop this little gem in a blog post yesterday:

“Due to the attractiveness of this vulnerability to attackers, we anticipate that an exploit for code execution will be developed in the next 30 days.”

“Check your exposure to the RDP superbug with RDPCheck.”

‘Code execution’ is I.T. security parlance for ‘doing whatever the heck you like’; meaning a bad guy or a self-propagating worm could use this flaw to gain full system access to a vulnerable system and all of its data without credentials and without any user interaction.

An ‘exploit’ is a malicious program used by the bad guys to get access to your PC or network via this vulnerability. Security researchers, both the good kind and the bad kind, develop exploits specifically for this purpose. While no exploit exists for the RDP superbug right now rest assured there are literally thousands of hackers across the globe working on it. It’s a matter of time.

What does this mean for Shoe String Startups readers?

As the name implies Remote Desktop Protocol gives users the ability to access a PC remotely as though they were sitting in front of it.

What can I do to protect myself?

Like so much of I.T. security if you just do to simple things right you’ll most likely be fine.

Casey Ellis @caseyjohnellis is an independent security consultant and entrepreneur. He has been in the I.T. Security industry for over 10 years and worked with client ranging from corporate and government enterprise to start-ups. He is CEO of the Tall Poppy Group, a strategic consulting firm which is also working on a few ideas of its own…

Previous article Search for Australia’s No 1 Startup Geek!
Next article Will YOU take the Entrepreneurs Pledge?
Via Other
Tags