Success or Failure? It is up to YOU! 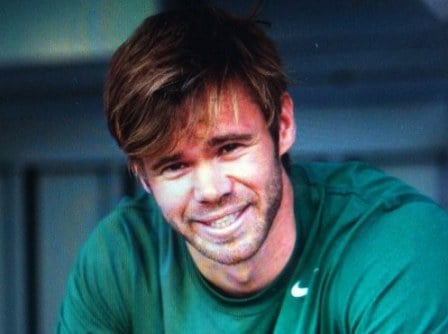 Working with athletes looking to continuously improve performance and helping them recover from injury has taught me a lot about what works and what doesn’t in terms of exercise prescription, communication and management of people, but over time I have learned there are some things over which I have little influence that play a huge part in both success and quality of life

One particular athlete I worked with early in my career dealt with a chronic overuse injury, which basically meant he missed the majority of two years competition early in his career. This guy is extremely passionate about his sport and has an amazing drive to succeed for no other reason than he loves his sport.

The reason he was dealing with this injury was due to the fact that his commitment to training and preparation was more than his body could handle at that time and as a result he ended up injured. He was very young and did not yet know his body as an experienced athlete does.

This guy had worked very hard to become one of the most gifted young players in the competition and was seen by media commentators and supporters to be ‘the key’ to his teams improvement and success over the next few years.

With high expectations came pressure, pressure from the media, supporters and those around him who frequently noted how ‘important’ he was for the team to succeed. However I was struck by the maturity he displayed in dealing with this pressure and his approach to his recovery.

I believe the reason he handled the situation much better than the public and those around him was mostly due to his upbringing and the support from his family during this time. He did not approach the situation the same way everyone else seemed to be.

He appeared to possess much more of a balanced perspective than those around him since he handled the disappointment much better than even his coach at the time. He seemed to understand that he could not expect his career to be without any hurdles and was much more accepting of the situation than others.

The farmers’ son was thrown from one of the wild horses while taming it. ‘What a shame’ the neighbours sighed. ‘Maybe’ said the farmer, again without emotion.
Soon after, a war broke out and every young man in the land was conscripted. The son remained due to his broken leg. ‘How fortunate’ said the neighbours. ‘Maybe’ said the boys father, shrugging his shoulders…

We live in a world of dichotomies. There is a universal law called the law of polarity, which states that everything can be separated into two wholly opposite parts, each of these parts contains the potentiality of the other. This basically means that you cannot have up without down, black without white, fast without slow, kindness without cruelty, health without sickness etc etc. It also means that for every ‘negative’ there is a positive, just as for every positive there is a negative.

Striving for a one sided life (only positives without negatives) is naïve and does not serve you. Since seeing only one side (something as either positive or negative) means that you are blinded to the other. This robs us of the lessons that are often inherent in the challenges we face. It also exaggerates the disappointment experienced when circumstance fails to meet your expectations.

Striving for a one sided life is an impossibility and only sets you up for an emotional rollercoaster ride. Learning to maintain a balanced perspective (by seeing both sides) can dramatically improve your quality of life and allows you to be less attached to results and circumstances, but instead be aware of lessons and opportunities for personal growth, which will only ever serve to improve your self-concept.

The lesson this young athlete learned was that to succeed at the elite level in his sport he needed to learn how to listen to his body and become more aware of how it responded to different training volumes, modes and intensities. He is now what I call a very ‘smart’ athlete, since he is acutely aware of when to push his body and when to back off when training.

Having a balanced outlook allowed him to create meaning from the experience (since he now has an acute awareness of his body which may yet prove to add years to his career) and meant that in the end he did not experience the same level of frustration as those around him while also learning to appreciate and value his career from a new perspective.

Terry Condon is an Entrepreneur plus Fitness and Physical Therapy trainer for high performance athletes and teams. His blog www.terrycondon.com always has great inspiring content that is useful for both entrepreneurs and athletes alike. Terry is pictured above.
Previous article #HashTag Haters & Small Business
Next article Startup opens funding for their Electricity Generating Glass!
Via Other
Tags blogfeatured