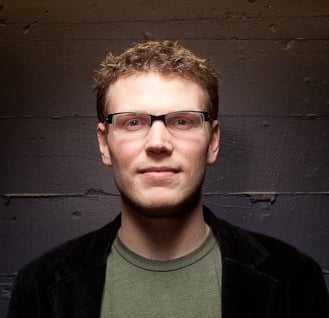 Marc Nager is one of the Co-directors of the infamous Startup Weekend organisation. Also co-authoring the recent book of the same title. We sat down with Marc the other day to talk about the programs, his motivations and the startup scene in general.

How did you become involved in Startup Weekend?

It was originally started by Andrew Hyde and I was one of the attendees at one of the original events, he was working with the folks at Techstars in Boulder, Colorado as their community manager and he had an idea to get 100 of his friends together for the weekend, share ideas, pick one and then build something. It really took off from there. It was originally a for profit project. Eventually we purchased it off Andrew and then went down the non-profit route. We then went on to scale and build the model around the world.

How many countries are you guys in now?

We have certified representatives in over 100 countries right now, and last year we held 261 events and this year we are looking at doing over 400.

You have been doing this now since 2009, what have been some of the biggest highlights for you?

The Team more than anything and the great people that I have been able to meet through doing this. That’s how everyone here at Startup weekend in the core team feels, we are a bunch of really passionate people that do some amazing things. We spend all our waking hours together and are freiends and co-workers.

How many people are on the core team of Startup Weekend?

Right now we have 12 in Seattle and then we have one person on the East Coast with our Education vertical and another down in the Bay area – plus someone running our EU operations out of London.

What was the motivation behind writing the new book, Startup Weekend?

A big part of the decision was because the opportunity presented itself and we decided to dedicate some time to it, obviously at that point we had been through a fair bit here and had something worthwhile to share. We also saw it as a way to target specifically those communities that may not yet have a Startup Weekend, and really elevate the levels of conversations we were having.

What differences do you see between Startups being formed in an intense environment like Startup Weekend in comparison to people starting something outside of the program?

I love to use some of the vocabulary from Steven Johnson’s “Where do good ideas come from” it is an incredible short video on YouTube and his book is amazing – Ideas often come from the collision of various hunches and different problems that people have and what people think they could do to solve those problems. Then we can connect people around those mutual issue that they want to solve, in a very vocal and open way – it really allows for those collisions to happen at a much higher frequency,  more than any other setting in our day to day lives.

And so much is about what you don’t know, right? And having that very low risk forum where you can share an idea, share a problem or a passion and have 100 people be able to walk up to you and give you feedback or commentary on that instantly, that is one of the most validating or even non-validating things you can have happen.

What has been one of the favourite success stories of Startup Weekend?

For us one our flagship moments was securing our first sponsor for Startup Weekend, which was Sun Micro Systems and that was when we were literally still trying to pay the rent and put food on the tabletype thing, we were filling out applications on company websites and we finally got through them and found the right person, they were one of our biggest early supporters. And that gave us some validation and comfort and for a little bit longer we knew we could keep feeding ourselves.

Are you planning on any trips to Australia anytime soon?

Not at the moment, I would love to get out there next year some time.

What can we expect to see come out of Startup Weekend over the next two years?

The Startup weekend model itself is incredibly valuable in influencing the quality of entrepreneur that can exist within an eco-system,  and how they interact within that eco-system by giving back. In turn that increases the volume of entrepreneurs that actually begin to do something with their ideas, if we can increase that and give it as a gift to the world, than we can almost become one of the most powerful forces for good on planet earth.

Models like ours are starting to help the world look at the way they view education.