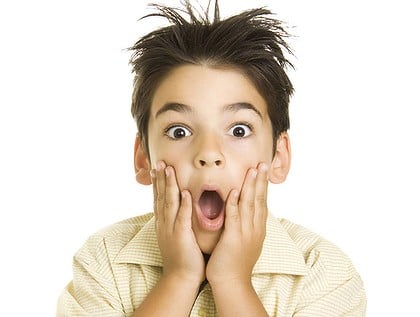 Startup Incubator Pushstart have revealed their new class of 2012 today. The Pushstart program is based in Sydney and the purpose is to help and mentor new tech startups so that they can grow and succeed, as well as prepare for future funding rounds and expansion of their businesses.

Eight early stage startups have been chosen for their first ever class and it is exciting to see that a broad range of industry sectors are being operated within. Here is a snap shot of all the new companies that we should expect to see some great things from in the next 12 months, especially based on the A grade mentors the program has lined up for them.

The selection process was a competitive one with startups from all states of Australia and several countries around the world applying.

As part of the program each successful team receives $20,000 in cash and is offered support from over 40 of Australia’s top tech founders, investors and executives including Matt Barrie of Freelancer, Rebekah Campbell of Posse , Mitchell Harper of BigCommerce and Rod Johnson of SpringSource who has recently returned to Australia after selling the business he co-­‐founded to VMWare for $420MM in 2009.

The startups also receive over $100,000 in other free services including:

●  Up to $60,000 in offers, products and services through the Microsoft BizSpark Plus program

●  Three months of office space and business services at Fishburners

The Lucky 8 Chosen Are:

Basically this company which is currently in BETA mode, allows users to post jobs for free and be sent quotes by various trades and service professionals they are searching for. It is a one stop shop and allows people to avoid trawling through directories and having to make multiple phone calls.  Although still in BETA they are already getting over 85,000 visits to their website a month and have closed out over 16,000 projects to date. With a database of over 65,000 professionals waiting to quote – once user growth increases this looks to be quite a promising and profitable business.

The difference between these guys and their competitors is they already have a wide network of individual trade sites – 12 national sites and 65 local based sites that already generate a lot of traffic, this established network is going to help them scale Gimme Quotes very fast.

This new productivity app turns your phone or ipad into a portable writing studio. Already after only launching on the 30th of January is already in the top ten productivity apps across 21 countries. With Werdsmith, there’s a bit of a different layout than other writing apps. Each new document that you create starts off as an idea, which is just a title and the body of the note. You will see two small ribbons with arrows: the one in the top left corner will go back to the list of notes, and the other one will hide the keyboard – your work is then automatically saved. Their logo is also very cool – a red square with a moustache. Being that writing and blogging is one of the main things I do – I am excited to sink my teeth into this one!

So you know how television broadcasts and most radio shows have a time delay? And if someone swears or says something inappropriate  it is bleeped out and we as a viewer don’t have to be confronted with anything offensive – that is what these guys do – only it’s for social media. Just look at some of the great twitter disasters of current times that have cost people their jobs, their reputation and even certain sport stars very lucrative contracts.  This is a very new space – but definitely one I think will be attractive to corporates, celebrity and even small business. I look forward to seeing where it goes.

This one is pretty cool and another first, it is the world’s first surfboard swapping website. You basically upload your board on the site and look at other surfboards you would like to swap for it. The whole re-use concept is a growing trend and is a proven success in the women’s clothing market already – and with surf and skate being a very well populated and strong niche, I look forward to seeing this one grow and am going to assume it will under go expansion after the BETA stage to include skate boards etc in the not too distant future.

An activity based mobile social network for likeminded people. With the app friendships with likeminded people are formed and the idea is that groups of people with the same interests will join you on your adventures, no matter what they may be. For instance if you were really into rock climbing and you didn’t know anyone else that liked to go rock climbing with – you would use MateWire to connect with others in the same situation. We have met members of the Matewire team, they really have a grasp on the space, so we expect to see this scale quite quickly beyond Aussie shores.

This startup specialises in the development and implementation of interactive and immersive digital solutions supported by cloud based data analysis services for the advertising, urban planning, and art + entertainment industries. Positioned at the intersection of technology, art and marketing, Rezon8 shares in the vision that Augmented Reality will facilitate the next big user interface revolution and is dedicated to forging a new paradigm for the way digital media is delivered, consumed and measured in public space. They already have attracted quite a bit of attention being an SXSW Interactive Awards Finalist this year.

An App that allows you to find out and share and discover plans for tonight only. Again the social space is all about real time connections, location and experiences. Check out their slick video which gives you the gist of what they are about.

Tonight! from Tonight! on Vimeo.

Just wait until the folks over at MamaMia find out about this one. In fact even as an Uncle to three young nephews that live hours away, I will be making sure my family and myself get onto this one. It is a great app that allows busy parents to capture those special moments as their children grow up and share them with loved ones.

“Although the selected applicants represent a wide variety of industries, they all share one thing in common: great teams of founders working on solutions that have the potential to solve large market problems in innovative ways,” said Kim Heras, co-­‐founder of PushStart.

“They all have so much talent and I can’t wait to see how they evolve over the next few months. As great innovators and entrepreneurs, they have so much to offer Australia in the future.”

Since its launch in March 2011, PushStart has worked with over 1200 Australian startups, enabled over 800 mentor/startup matches and run regular community events.