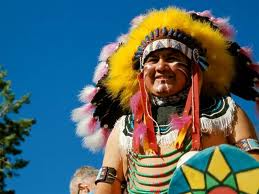 “You need to always look better than your best dressed client” was the brief I was given in my first ever corporate role, all of a sudden I found myself thrust into a world of suits where I quickly realised that having just one suit was actually not acceptable and I needed to go out and spend my first shitty pay check on a new wardrobe. I was working in recruitment, possibly the worst sales role I have ever had in my life – it gave me an insight into the link between how you dress affects the job opportunities you have out there in the marketplace. And I think it is quite pathetic.

I get that in some environments a sense of uniformity is important and I am in no way hating on those that choose to spend their money on fashion – what I am protesting against is the fact that quite often in life, those people that WILL actually make the best contribution to a work place are ALWAYS the people that are overlooked.

One of the most frustrating things about my job in recruitment was trying to sell someone with work ethic into a HR department full of self important suits who were after like minded individuals that would suit the “company culture” – as a Sales Manager of 7 years, I have a huge problem with how disconnected HR can be sometimes to the brief – I don’t really give a shit if my employee engages in Friday night drinks – I care that they sell shit, and lots of it and make heaps of money for my company.

When I left recruitment and moved into a role where I was the decision maker on who would be getting hired, I always made sure I ignored HR’s recommendations and went for the people that I felt had the most potential to grow and learn, they were completely shocked when I hired a 19 year old, that had been through 23 retail jobs before applying for a role as a sales consultant in a corporate company – to add fuel to the fire she was also a self confessed “westie” with less than eloquent phone manner.

This breath of “fresh air” to a somewhat stale organisation at the time was judged straight away when she came in – hell my own competence as a manager was judged by bringing her into the organisation – the difference was even though she was not the best dressed or the best spoken – she was was immediately the most determined. Why? Because this was the first time anyone had ever given her an opportunity to have a crack at being able to work on the abilities she actually had. Sure – we needed to work on things but everyone can improve right?

This “westie” still works for me to this day, she makes close to a million dollars for the company each year, is a great mentor and trainer to new staff and has outlasted all the “suits” that have drifted in and out of the place … because she IS the right person for the job.

When hiring new people for your startup and small business, take some time, find out what motivates them, find out what abilities are hiding behind your initial judgements.