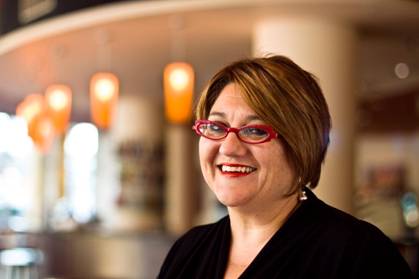 With the recent news yesterday that NSW Govt would be abandoning highly sought after programs such as their Women in Business & Young Entrepreneur Mentor programs, as well as MicroBiz Week and Small Business September – I was prompted to send an email to the office of Small Business Commissioner, Yasmin King and the NSW Small Business Minister for further clarification on exactly what was in the works and some detail on the feedback they got from SME’s that prompted them to take the course of action that they have taken.

Before I go on and you ask the question – “Um, Aren’t you contradicting yourself by writing an opinion piece about the government, when you have their logo under the proud to partner with section on your site?” – I should make you aware that out of courtesy I did contact Trade and Investment and gave them a heads up that I intended to write an article about this topic. I also said that I completely understood if they wanted to have me remove the logo from the site if they choose to cease ties with our business and magazine because of it.

I am writing this because I feel strongly about the support role all three tiers of government should play in the small business space within Australia. When it comes to the state governments, I look at Victoria and I smile – they seem to get it, and that is why we are seeing more and more small business success stories come out of government run events from down that way.

Last year when I attended a number of events throughout Small Business September in NSW, I made a number of connections and discoveries that have helped to drive my business forward in the months directly after them.

There are approximately 650,000 small businesses within NSW and this accounts for employing 50% of our total workforce. In her recent report titled “Giving Small Business a Big Say” the Small Business Commissioner says that she went and met with 533 business owners on a month long road trip – no small feat – But in my opinion the feedback from this road trip should not be a major factor in determining what programs should be happening in NSW. Why you ask? Well it simply does not represent enough of us – it is the voice of less than 1% of us, providing no where near enough credible data to determine what we want, what we need and what our problems are.

Now I know that you are not going to be able to get around and physically visit 650 thousand business owners, but there are more creative ways in which government could collate much better results, leading to much better decisions. It’s called being strategic and partnering with companies to reach a critical mass – for example, organisations that have large databases of “small businesses” such as Shoe String, Smart Company, Dynamic Business, Anthill etc could have all been approached to run a survey, or advise our readers that a survey was taking place to determine xyz in conjunction with  NSW Trade and Investment – That probably would have reached a combined few hundred thousand people, and possibly given them a view of 10-20% of the NSW Business population, something much more tangible to play with.

When it comes to the Young Entrepreneurs mentor program, that is something that I am extremely passionate about, I have met many attendees and ex-attendees and have seen first hand the change it drives within the startup community. It helps to create a new eco-system of collaboration that does not exist without the facilitation, which the government should be providing. Yes, for those of us that are not afraid to put ourselves out there and have great networks already – the absence of these events won’t cause that large of an impact. But for the strugging, shy, demotivated and lost business owners or young entrepreneurs, it will hurt them and send their business backwards.

NSW Government have a number of providers in their Business Advisory Services that they fund at the moment. Their pending announcement around these services may possibly expand these to other locations. The issue is, presently these are only in 39  places around the state, and when I divide 650,000 by 39 … you see where I am going.

So NSW Government, why have you cancelled events that literally “sold out” and were “over capacity” in 2011? How are young business owners meant to keep inspired and become drivers of the next small business generation if we don’t help them connect with the right people and show them support? What about Small Business owners in rural areas that have no access to any existing programs – how do they grow?

I have no problem with change, but I do have a problem when change happens without the opportunity of consultation. How do I know the 533 people you spoke to really represent the wide array of industries and age groups in the small business community?

It should also be noted that City of Sydney have just announced they will be running a series of Small Business events with Let’s Talk Business, Launching Soon. Props to the local government and Clover Moore!

If you agree with this article, or disagree entirely – let us know in the comments below, we want to hear your experiences.

Previous article Shoe String Snapshots!
Next article Aussies. On a Bus. In America. Starting Up: Year in Print
Via Other
Tags blogfeatured