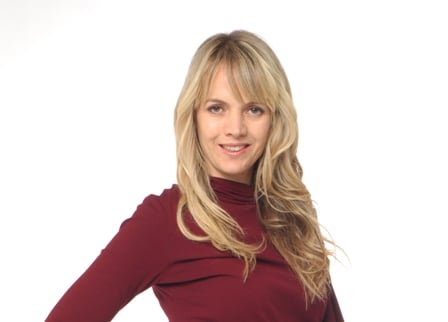 The name Sophia Banks-Coloma is no stranger in the world of fashion. With ten years of fashion experience in New York, L.A and Australia, Sophia is an influential woman in the fashion industry; hailed as the Aussie version of Rachel Zoe. This North Shore girl styles some of Hollywood’s elite and famous faces at her award-winning Hollywood boutique, Satine. Rachel McAdams, Nicole Ritchie, Scarlett Johansson and Blake Lively are some of the celebrity clientele on her exhaustive styling diary.

Like that wasn’t enough, in 2008 she co-founded the highly successful and contemporary label, Whitley Kros, worn by the likes of Taylor Swift, the Olsen twins, Kate Hudson and Kate Perry.

Before heading to the United States, Sophia graduated with a business and marketing degree from the University of Technology Sydney (UTS) and worked as a strategy consultant for one year before setting trends as Marcs assistant designer. “When I went to the US, I didn’t want to leave,” says Banks-Coloma. Knocking on fashion house doors for a job, she finally landed a position as a designer and has since drawn an influential career path, one sketch at a time.

In 2009, Forbes magazine listed our Aussie gal as one of its undiscovered designers of the year and Harper’s Bazaar distinguishing her as a style leader two years in a row.

“People listen to your opinion and you’re able to work, direct and oversee with great creative people,” says Sophia. “What I love about fashion is, you’re teaching people to be confident.” “Fashion does make a difference…you can be fashionable at any size,” she added.

A part from dressing the elite, she was recently the head costume designer for the film ‘Syrup’, by Academy Award winning Director behind the Lord of the Rings and Matrix trilogies, Barrie M. Osbourne.

Her achievements are a testament to her important status in the world of patterns, stitches and fabrics. Like in any case with life, one must crawl before walking. The fashion world may be glamorous to the outsider, but for those in the business like Sophia, say it’s tough but persistence will get you there. “Number one is persistence and applies anywhere,” says Sophia. “We all have moments where we think: ‘Am I going to make it, is it going to happen?’,” says the 38 year-old. “As long as you understand the market, out persist, work harder and tenacious, you will get there.”

However, during the recession, some of the biggest names in fashion failed.  In 2009, many fashion houses saw more than its fair share of bankruptcies. Sophia says the biggest mistake people make is forgetting that “it’s 50% design and 50% business”. “One of the most important thing is the finance element, which none of us creative people love,” laughs Sophia. “Get a partner that knows business and if you look at most successful fashion designers, they have partners, so know your business.”

So, what’s next for this fashion critic? With an influx of TV hosting proposals lined up, she has just been  in charge of another movie set production in January with luxury fashion houses lined up and ready to work with the creative mind.