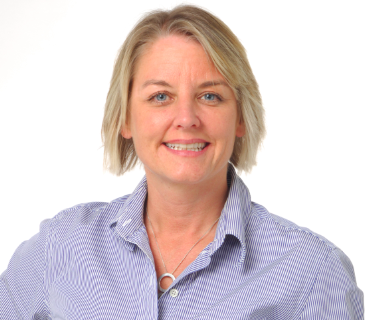 Whipping up fine delicacies is where her passion lies. Shoe String Launch introduces you to Sally Carr – a former successful recruitment consultant turned chef and co-owner of Bread ‘n’ Spread.

This former recruitment consultant can now add expert on accounting, HR, food production and branding to her resume. This self confessed foodie began her life as a wash-up at the age of 13, for a small Italian restaurant in Yorkshire, England. Watching the chef mould dough into appetizing pastries and cuisines, enticed the then 13 year-old to pursue a career in the world of all things food.

By the time she was 17, Sally was a certified chef. This free spirited soul, as her mother would describe her, says she followed her stomach and cooked her way around the world, simmering up plates for the rich and poor, while living out of a back pack “that was bigger than me,” she laughs.

“I worked my way around the world, in lots of organisations, hotels, big and small.”

In an unusual twist, the year was 1998, she decided to ditch the 80 hour a week life as a chef to become a recruitment officer for Hays in Yorkshire, England. Five years later, Sally travelled to our shores as Hay’s regional director overseeing 35 consultants of all things finance, office support and contact centres, leading teams up to 60 people. “I really enjoyed it but in my heart of hearts, I was missing something,” says the 38-year-old. “There comes a point, when you’re missing a certain passion and I live and breathe food”.

Worried about leaving a career that came with a generous salary and stability, she wanted to create a global brand, a brand about food. After 12 years in recruitment, another inspirational trip was booked and the back pack was dusted off the shelf. Sally travelled to 27 countries, from Canada, South America to the adult’s Disneyland; Dubai and across the European alps. But it was mixing with the locals in Thailand that revived the passion. “Thai food was really interesting for me and I stayed there for six weeks”.

Where hasn’t she been? “China, but it’s on the agenda,” says Sally. After a long year building the idea, Sally began heavily networking with people in the food and beverage industry and stresses “networking is very important when starting up”. “People who are in the same boat [as you] want to help each other and I didn’t have that in the consulting industry”.

In April 2011, “risking everything,” she and the silent partner opened their first store in Miranda, Westfield, which she admits was a challenge. “We had to open the store in five days”. “The main challenge is time and not having enough of it.” With two franchisees waiting for the green light, Sally wants to make sure its quality over quantity when it comes to Bread ‘n’ Spread.

Within the next 12 months, Bread ‘n’ Spread plan to expand and open up another four stores in Cronulla, Sydney’s CBD, Castle Hill and a location she wished not to disclose with the hope of securing that location.

Admiring big names such as Richard Branson and Oprah Winfrey, which come as no surprise, the third
name; Dolly Parton, which may raise an eyebrow, is a woman who she profoundly looks up to. “She came from absolutely nothing.” “Look at her life, they couldn’t afford food the next week and she is who she is today”.

It is understandable then, that the concept to expand her Bread ‘n’ Spread idea is through determination. Friends and family who questioned why she would risk it all, it was such individuals who inspired the former walking head hunter to make it happen. “It’s the dream,” she says.

Previous article The Beach Loving Gen Y Million Dollar Success Story!
Next article Looks Like an Indian… Must be an Indian…
Via Profiles
Tags