Bamboo Underwear is what it's all About! 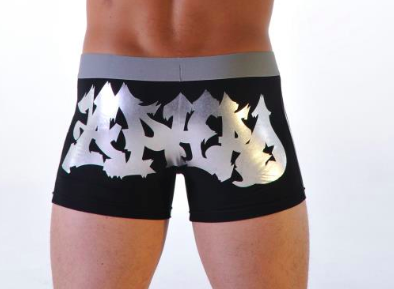 We’ve heard the term ‘good things come in small packages’ but for 27-year-old Nader Lithouay, great things are made for big packages. Forget Tony Abbot’s budgie smugglers, AphroMan undies is the next big thing. Surrounded amongst family members, Nader light heartedly discussed he wanted to create his own fashion line for men. That conversation translated into research, which crystalized eventually into a reality. Twelve months down the track, Nader was staring at his baby, AphroMan Underwear, born December 20th 2011.

AphroMan underwear fabric is 92% Bamboo and 8% Spandex blend that was chosen with careful consideration to ensure any trend setter’s package is comfortably tucked away in the best quality fibres around. “Think about a PHD on underwear” says Nader.  “I wanted a material that was not only appealing but comfortable”. Research finding show bamboo is environmentally friendly, naturally grown, without requiring too much water and survives all year round. “It’s quick to absorb moisture, therefore keeping you dry and odour free and can dry twice as fast as cotton,” says Nader.

The self and externally funded fashion venture was by no means an easy task to build says Nader. “I went through the difficult tasks of design to fabrics, and the biggest challenge was to find a supplier,” he says, dedicating half the time to finding a supplier and forging a relationship. “It’s even harder when you do not have prior working history or a developed brand,” within the industry he added.

Rather than looking at a budget, Nader had a vision; what needed to be ticked off in order to reach it without worrying greatly on how much money was needed to turn his idea into a reality. “I aimed to look at it with a different perspective and that was: what do I need to do at this stage of the venture without worrying about my budget,” says Nader.

From a pricing perspective, AphroMan Underwear ranges from $22.90 to under $30. “Your high end underwear can cost a consumer $60, where your lower end underwear may cost you approximately $15”. “We are well priced and from research conducted, there is no doubt, bamboo is as long lasting as any other fabric” on the market he adds.

Despite not officially launching the label as of yet, Nader is currently working on its brand and product awareness, taking a milestone at a time. “It’s not going to be the world’s biggest brand overnight but at the moment, it’s about offering a quality product to a niche market,” says Nader.

If you want to do great, or thinking about starting up, Nader strongly suggests you wear AphroMan underwear “because great things are made for big packages”.  “It’s really important,” laughs Nader.

“In the world of starting up, if I can provide any advice, it would be, if you are entering into anything, make sure you do your research, give it your all, and ask the right questions because no one is born with all the answers and it’s just a matter of finding it,” he concludes.