App “Make Tonight Count” is about being Social Offline! 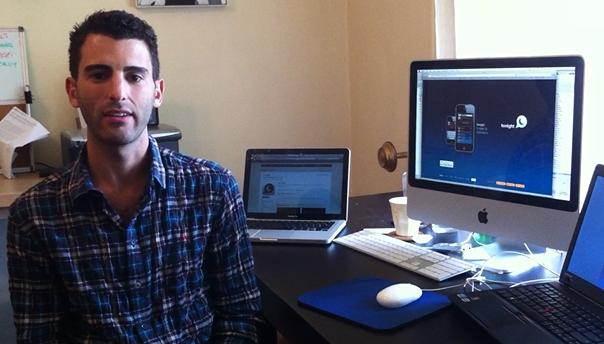 This week we are taking a closer look into the Pushstart Class of 2012 and the founders behind the new companies that are looking to be the next big things in tech!

Just days after returning from SXSW in Austin, Texas, Aussie startup, Make Tonight Count has been selected as one of eight startups to join the PushStart Accelerator Program inaugural class. Make Tonight Count is the startup behind the acclaimed “Tonight” iPhone app.

Tonight is an iPhone app which lets you share what you’re doing tonight and gives you apersonalised live feed of what your friends and other interesting people are getting up to. Tonightlets you see which venues are worth checking out and who will be where before ever stepping outthe door. By knowing what’s happening ahead of time, not only do you know where you should go(and where you shouldn’t!), you also have time to actually do something about it and not miss out.

The Tonight app,which shortly after its launch in late December 2011 claimed the top spot on Apple Australia andNew Zealand’s prestigious “Staff Favourites” list, lets you share what you’re doing tonight anddiscover what your friends and other interesting people across your city will be getting up to.Whereas Facebook and other social networks are great for being social online, Tonight is all aboutbeing social offline. “We want to help people squeeze the most out of every night by connectingthem with their friends and their city”, said Make Tonight Count Co-Founder Robert Kawalsky.

The Pushstart program is based in Sydney and connects startups up with over 40 of Australia’smost successful tech entrepreneurs including Matt Barrie of Freelancer, Mitchell Harper ofBigCommerce and Rod Johnson of SpringSource who has recently returned to Australia after sellingthe business he co-founded to VMWare for $420M.

Each startup receives $20,000 in cash and over$100,000 in free services from Microsoft, Ninefold, Deloittes and DLA Piper.The Tonight app has attracted a loyal following of users across Australia and New Zealand andthousands of plans have been shared to date. The Tonight app is free to download on the iTunesApp Store.

Previous article Looks Like an Indian… Must be an Indian…
Next article From North Shore to Red Carpet Royalty!
Via Profiles
Tags entreprenuerfeatured