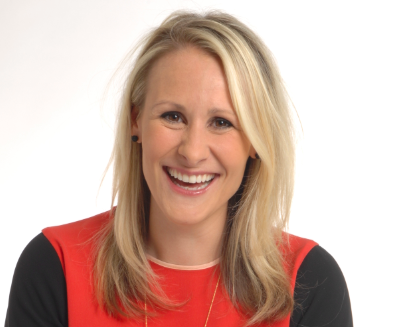 Despite buying and selling four businesses, and racking in 15 times more than what she invested when selling her very first business she directed at the tender age of 18, now 32, Emma Isaacs has no plan to be pensioned off from what she does best, and that’s building a Business Chicks empire.

Business Chick, run by 14 full-time employees and a big group of volunteers, is one of Australia’s largest business groups for women and a multi-million dollar empire that’s dedicated to “uplifting women and encouraging that can do more than what they think they can.”

For this very successful business woman and the only person in her extended family to be without a degree, it all began when she dropped out of university (much to the horror of her parents) and became sole director and share holder to Staff It, a recruitment consultancy, which she directed for seven years. “I’m not a sit in class for hour’s person. I like to experiment and learn that way,” admits Isaacs.

Fast forward to a 25 year old Isaacs, Emma decided to sell off the award winning company. Although Isaacs, can’t disclose how much she sold Staff It for, she says “a lucrative amount to buy many houses and to set up and buy her next unknown business venture.”

“For one door to open, one must fully close” was what she told by her mother-in-law. And that business was under her nose when she headed off to a business chicks event that “blew her away.” Sitting amongst 600 other guests, in a “rock concert mixed with business, 7am in the morning,” says says, the Marketing director at the time announced Business Chicks, ran by the Kids Help Line charity for five year, was coming to an end.

“If anyone wants to help, please come see me at the end” she announced. The distraught Isaacs ran up to her, despite not knowing what she was getting herself into, wanted in. “There were 12 other parties who expressed interest in the business and we had to really tender for it,” she says. “I got the sale, got the rights for the company and agreed to further fundraise for the kids help line for three years.” To date, Business Chicks has raised over half a million dollars for the kids help line and an additional $850,000 for other charities.

“I saw great potential, that is, taking what’s good and making it great and what we bought it as is completely different to what it is today,” says Isaacs. “I won’t settle for anything small and now we are in Sydney, Brisbane, Melbourne, Adelaide and Perth” that’s grown from 250 members to over 25,000. By 2015, Emma is set to reach a whooping 250,000 member base.

Business Chicks events compromise of 40% small business owners to entrepreneurs and the remaining 60% are from the corporate world, majority of attendees are women of course but you’ll spot males in the crowd who weren’t shy to ask Emma to create an event for men. She’s got the name ‘Business Blokes’ trademarked but no set date on when that venture will be born. “My hands are too full with Business Chicks and there is much more planned,” says Emma. “We’ve also launched a quarterly magazine, Latte – the corporate bible for professional women,” says Isaacs.

The amazing Olivia Newton-John recently graced the cover “and we are only 5% into our Latte journey. There is more to come,” she added.

In today’s business education, which of most is theoretical, Emma strongly believes that piece of paper is not enough to succeed in the ever changing and competitive business world.  “Education certainly has its place but there is a need for business schools to recognise entrepreneurial programs. You need mentors and practical experience behind you,” she says. “I think we [Australians] are an up and coming entrepreneurial culture. We have come a long way in the last 10 years.”

Despite hating business plans, Emma says every business should have an exist plan. “I wouldn’t buy a business if it was saleable and that’s where exist plans come into place. Now-a-days, what you thought was a business strategy six months ago, is not now. You need to move quickly and your business must be adaptable to change.” With the increase of social networking sites, Emma stresses that social media should be implemented as well. “There is no reason why any business shouldn’t have a social presence. Its’ where people search for you,” she added.

Previous article Inside Eats is part of a new type of Discount Dining!
Next article Spring Fitness – A Startup for a Cause!
Via Other
Tags