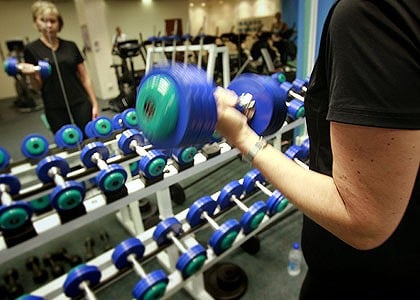 If you observe your surroundings you will notice that Jetts Fitness 24 hours gyms are starting to multiply, the relatively new gym franchise in the fitness industry have put in a lot of hard work in the last 3 years perfecting their product and growing a whopping 403 per cent  doing around $43 million dollars in revenue for 2010 /2011- which has helped them land the number one spot in this years BRW Fast Franchise list – on sale today.

 16 – the number of Fast Franchises with overseas operations

 $248.9m – the annual turnover of the biggest franchise on the list, Quest Serviced Apartments

 1974 – The year the oldest franchise on BRW’s list, ChickenTreat, was founded

Despite a tough economic environment, the top five of BRW’s Fast Franchises list haven’t slowed down, with revenue growth from 403 per cent (1st placed Jetts Fitness) to 86 per cent (5th placed Keen to Clean Group), giving an average for those five companies of 211.9 per cent, compared with 125.1 per cent for the top five last year.

BRW editor Kate Mills says, “The top placed fast franchisees on our list have youth and novelty on their side, having operated for nine years or less, and the top four, for just six years or less. The middle and bottom of the pack tells a different story, and much slower growth but – overall, the $128 billion franchise sector remains strong and is enjoying growth that is outperforming the rest of the economy.”