Are Females going to outshine males in 2012? 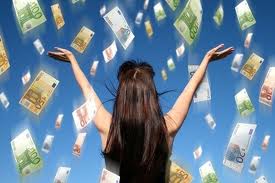 When it comes to entrepreneurship, business building and exits, traditionally over the years the ratio of males vs females in the space has been geared heavily towards men. This is due to a number of factors most of them social. However I am going to make a prediction that this year we are going to see a lot of change within the startup scene and along with that females are going to start taking the limelight away from their male counterparts in a big way.

The first sign is young Hollywood, stars like Alyssa Milano and Selena Gomez have been making some pretty big investments into tech startups in the Valley, this trend of female star power investment is growing and will continue to grow throughout 2012 and to some extent, I wouldn’t be surprised if some of our higher paid female television personalities started to follow suit at a local level.

The second sign is that 2012 is going to see female specific education, support groups and meet ups double. Organisations such as the League of Extraordinary Women and Women as Entrepreneurs as well as the ABN and Business Chicks are growing and expanding their reach across Australia and with education and inspiration, new collaborations and businesses will derive.

Even just in the first 6 days of the year, the types of press releases we are receiving are from new female led businesses, tech no longer means nerdy guy and this is exciting as it is going to shake things up as we know it – Just look at the likes of Shoes of Prey and StyleRocks for a taste of the exciting technologies to come.

Hopefully over the next few years this trend will result in some nice exits and high revenue growth across the female entrepreneur landscape, evening out the ratio of male and female appearances on lists such as the BRW Young Rich – So if you are a young female out there with an idea, 2012 is the year for you. Go get it.

Previous article BRW searching for Entreprenuer of The Year
Next article New startup: Give your Boss a Big F@#% You!
Via Profiles
Tags entreprenuerfeatured