If your looking for BIG results, DO sweat the small stuff 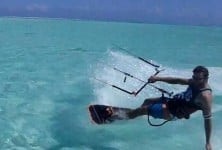 While shopping at my local supermarket recently in St Kilda I chose four of the shiniest apples and as I looked up to grab the clear plastic bag to put them in I saw that the bags were all gone. No big deal I thought, and started walking to the next crate full of fruit where I could see some of the bags I required. As I walked I heard a muffled voice calling ‘sir, sir!’ When I realised the voice was calling out to me I turned and saw one of the supermarkets employees rushing to me with a plastic bag for me to put my apples in. I was a little surprised and just managed to say ‘thanks mate!’ as the man walked away smiling.

Little gestures like this one from a man who obviously takes pride in his job are often the catalyst for big results. Notice in the first line of this post that I said ‘MY local supermarket’? Now I certainly dont have any money invested in the supermarket or the company it is a part of. However evidently I seem to feel a sense of ownership toward it and do most of my shopping there even though there are other markets closer to my house. I dont think I am on my own here either. I have noticed that this particular supermarket always seems to be busy and I always see the same people shopping there. Coincidence?? I doubt it.

This observation (that small things make a big difference) may not just apply to customer service and supermarkets though. It turns out that paying attention to the smaller things with regard to ANYTHING may dramatically improve results. There is an economic principle called Pareto’s law or ‘the 80/20 rule’ which further serves to emphasise this point. This principle states that 80% of results come from 20% of causes. An Italian economist by the name of Vilfredo Pareto discovered this princple in 1897 when studying patterns of wealth and income in nineteenth century England.

He found that the majority of income and wealth was linked to a minority of people. In fact roughly 80% of the nations wealth was enjoyed by 20% of the population. Pareto found this pattern was not a one off as he found the same results across different time periods and different countries. Since then the ’80/20 rule’ has been identified in many different fields of interest, and used in many different ways to increase productivity and efficiency.

In the book ‘The Tipping Point’ Malcolm Gladwell describes the ‘broken windows theory’ and how it was used to clean up crime in New York city in the 1980s. Gladwell describes how a few influential men in New York city used this theory and its premise to crack down on the smallest of crimes such as graffiti, fair evading and minor ‘quality of life’ crimes such as urinating in the street. Gladwell credits this approach  to the dramatic decline in all crimes in New York during the mid 1980s.

The Broken windows theory was championed by James Q. Wilson and George W. Kelling. The theory states that crime is a result of disorder. The example used is that a building with broken windows portray a sense of disorder within that building and that no one cares and no one is in charge. As a result more windows will eventually be broken. Once this occurs the sense of anarchy will then likely spread from the building to its surrounds and crime will escalate from there. The broken windows theory is just another example of the 80/20 principle and how the smallest inputs have the biggest effect. Simply cleaning up the graffiti on public transport and cracking down on petty crime eventually served to create massive results.

I believe there is a tendency in many people to miss the little things when looking to create big results and instead tend to look for the next ‘big thing’ as a solution. Case in point: weight loss. Most people spend their time and energy searching for the next miracle supplement or fad diet in their quest to lose a few kilos. Some of these people actually eat quite well and often lead very active lifestyles. When these people see a lack of progress they often resort to looking outside of themselves for the solution. The tragedy is that often these people are so close to the results they crave but overlook the most important information. As we have seen with the broken windows theory and the 80/20 rule, attention to the smaller details often results in significant results.

I worked with a young athlete who had been training with the team I am contracted to for about 8 months. This guy was holding his own no problems in terms of his fitness. Now keep in mind the athletes I work with complete 12-20 training sessions per week of varying modes and intensities depending on the training phase. These guys train hard, and they train often. The thing is though, this young athlete’s body composition was at that point not up to scratch. He was carrying a few extra kilos and excess baggage really tends to hinder athletic performance. Once we identified this as an area for improvement the athlete spoke with the teams nutritionist and they discussed his diet and possible improvements he might make and the athlete began filling out a daily food diary. However his progress seemed quite slow and almost non existent.

After a month or so of substandard results the athlete was expressing his frustration to me one day between sessions. I asked him about his food diary and he assured me he’d been filling it out and more so, the nutritionist had said his diet looked sound. As we spoke I noticed he was drinking a coffee, I pointed to the coffee and asked him: ‘how many of those do you drink a day?’. He told me that he usually had three or four cups per day and upon further questioning admitted these coffees were always with milk and sugar. We estimated the energy content of each coffee was approximately 150 calories, we multiplied this by four and found that there was an extra 600 calories a day the athlete was not even considering!

He had not thought to document this as his belief was that drinks were not food. Once this athlete saw that a cup of coffee was the one thing standing between him and improved performance he promptly quit drinking it. He also switched from drinking orange juice to eating an actual orange each morning. These were the only real  changes he made! Within 2 months his body shape and composition completely changed. More importantly, his   fitness levels improved dramatically since his body mass had decreased. This improved fitness had a kind of a flow on effect and as a result his confidence improved, which then led an improvement on the field! All of these positive benefits occurred simply because he was able to identify the inputs (which as we know are usually quite small and seemingly insignificant) that were having the largest negative effects and eliminate them!

The results speak for themselves.

If you are looking to change your results dramatically in any area of life it is worthwhile first looking within. Look at your results and cross reference them with everything you are doing in any way which leads to these results. The only way to do this properly is to record and document everything you are doing in relation to that which you are looking to change. Measure and document all of your inputs religiously, then use this information to determine the effectiveness or ineffectiveness of each one.