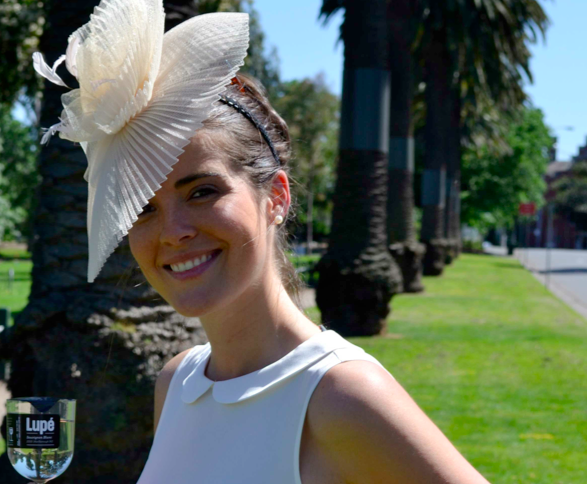 Lupé is quite simply wine for one. Wine designed to go where glass can’t, while offering a great tasting wine in a convenient, 100% recyclable package. It allows wine lovers to take wine to previously inaccessible places creating an entirely new offering for the wine industry.

The wines currently available in the single serve were carefully selected by the Beattie Family. The New Zealand Sauvignon Blanc and Victorian Rosé were selected for a daytime light lunch, with the Victorian Chardonnay and Coonawarra Shiraz perhaps more suitable as a dinner accompaniment. The wines are of high quality and as a benchmark, a similar 750ml bottle would retail from around $20.00 in stores.

After asking for a glass of wine at a Melbourne music festival in 2008 and being told it was unavailable as a result of being too hard to serve, Georgia Beattie’s path to revolutionise the wine industry was set in glass.

During Georgia’s Entrepreneurship Degree at RMIT she wrote an extensive market analysis and business plan to take a single serve glass of wine to market. After experiencing production issues with her own product, Georgia chanced upon James Nash’s appearance on the UK’s Dragons’ Den where he was pitching the single serve concept. Having only just finished her Business degree Georgia decided to jump on a plane with the only remaining money in her bank account to visit James in London. After meeting James, Georgia successfully negotiated the production and distribution rights to the single serve product in Australia, New Zealand and Asia.

“ I’m often outdoors enjoying BBQs and picnics with friends, I’ve always found wine incredibly frustrating to serve outdoors. Now there isn’t a chance of me breaking a glass while I’m outside and I can also keep track of my alcohol consumption as the standard drinks are clearly marked on the side of the glass.” Georgia Beattie, Founder, Lupé Wines.

The Beattie Family are no strangers to the wine industry, Georgia started picking grapes for her father Brendon, a winemaker, when she was eight. These days the Beattie Family continues to make wine and also own a number of boutique bottle shops around Melbourne.

The single serve was created by English entrepreneur James Nash from Wine Innovations. James spent three years designing and manufacturing the machine that fills and heat seals his PET goblets with wine with a foil top lid giving the wine a 12‐month shelf life. After appearing on the Dragons’ Den which was shown internationally James said: “We could not have predicted the fantastic reaction to our products following our appearance on Dragons’ Den. As it turns out, the program was just the springboard our business needed.”

Kubik, a revolutionary open‐air live music venue which kicks off from the 18th to 26th of November at Birrarung Marr, will host over 50 world class DJs and bands.