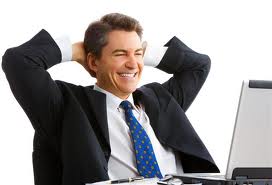 Daily deals are exploding in Australia and around the world; with more and more group buying sites launching every day.

The choice is now endless for consumers, making it difficult to sort through the hundreds of deals to find something really worthwhile.

The Dealer, an Australian start-up, has recently launched an aggregate service to turn all that around. The site matches users’ location and interests with deals that suit them, saving time for all while making sure users never miss a deal again. “There are sites out there with similar offerings, but I think the focus so far has been on mass: cram as many deals on the page as possible. That’s the same idea that’s driving users away from deals sites in the first place.

“We wanted to move away from that and put the focus on customisation: we only want to show users deals that they actually might want,” said The Dealer Founder, Morris Bryant. “We’re now planning the second phase which will include the email function and user modelling, which will allow us to further refine the offering to each individual user.”

The function will recommend deals based on users’ history on the site. There is no brand loyalty in the marketplace, says Morris, so the environment is perfect for aggregates. “The group buying sites themselves have created the need for aggregates because they overload their users – we’re making it easy for those people to find what they’re looking for without being spammed.”

The site features categorised deals from all the major Australian operators, including Spreets, Scoopon, Cudo, Ouffer and Stardeals with more additions planned.