Are you Good Enough? 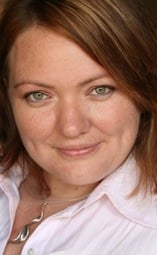 I’ve worked with thousands of people from all walks of life over the last 7 years and I’ve found that all of them – from the multi-millionaire property developers, to young people on welfare – share a strange personality quirk. They ALL question their own self-worth.

They all fear discussing their own businesses in events, feeling as though their business isn’t a “real” business, compared to other people in the room.

I remember going through this myself. As a 27 year old involved in a $33,000 / year coaching program where the median age was 45 and the group was predominantly male, I felt ridiculous. What did I know about business? I’d been running my own for about 2 years and my mentor had asked me to join the program, it wasn’t a decision I’d made myself.

At one of our major group events of the year we did a group mind-mapping exercise. We all had to write on these giant pieces of paper what it was that was holding us back – why we hadn’t achieved the things we wanted to … and as I stood back and watched, dudes I had total respect for were writing things like “I’m not good enough”, “I don’t have a ‘real’ business”. These were people in their 40s, 50s and 60s – some of whom ran businesses in the Million+ bracket. And that THEY didn’t feel worthy was revelation.

At one event, many years ago, Thor and I sold a ticket to a dude who was a multi-millionaire property developer. He was, by far, the richest and most qualified person in the entire room.

On the first day of the event, he called us to let us know that while he was AT the hotel, he’d come down with the flu and wouldn’t be able to make the event. We sent soup to his room and thought little more of it – until we found out weeks later that he had not, in fact, been ill at all.

He’d been scared. Had a TOTAL freak out the morning of the event – was worried he wasn’t good enough. Couldn’t believe he had any value to add.

The thing is, even if you could wave a magic wand tomorrow and have everything you’ve ever wanted:

You just have to DECIDE you are good enough NOW – as you are. Then you need to put all that self-worth bullshit to the side and hustle like a mad-thing.