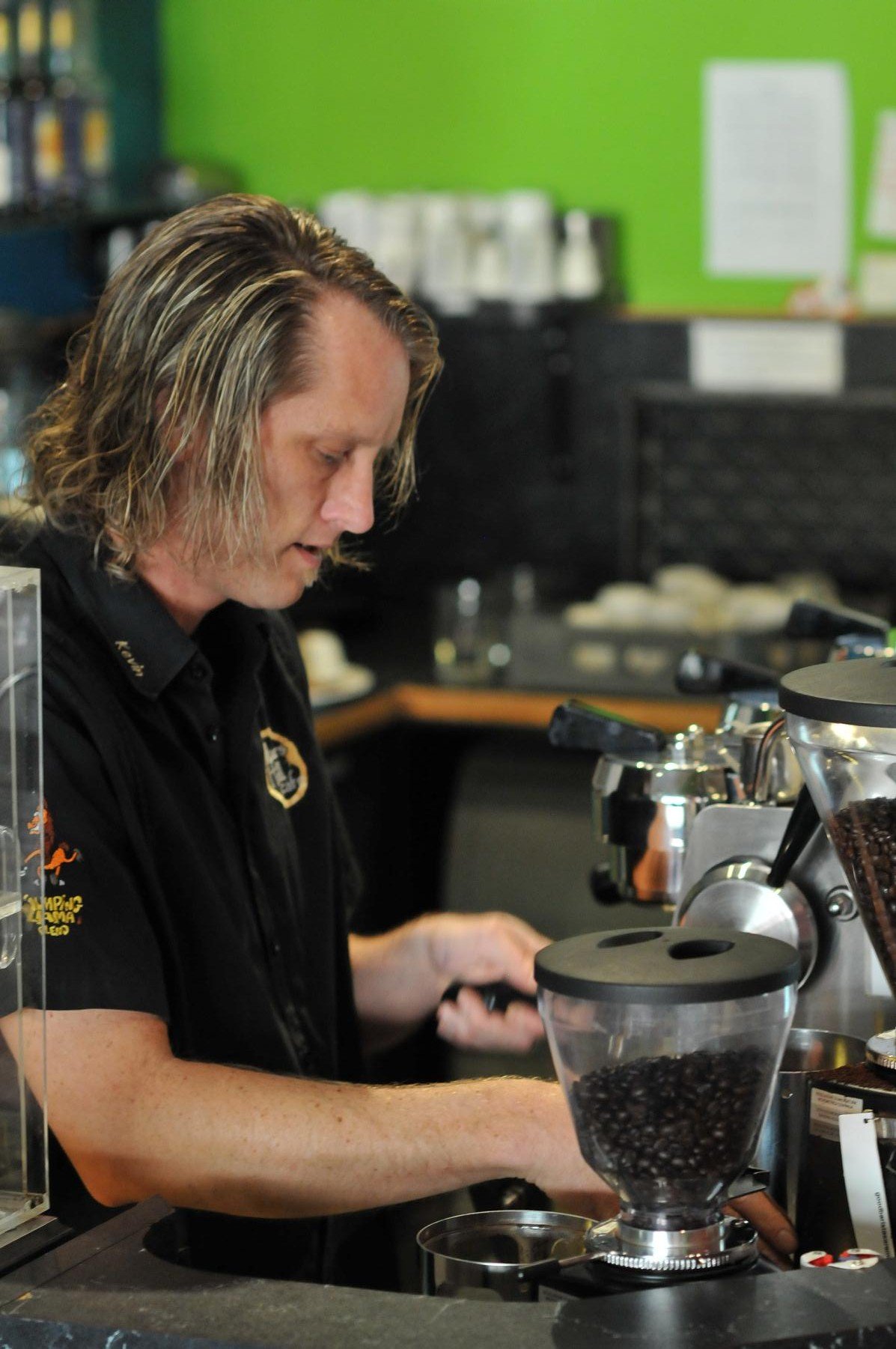 Located in the heart of Church Street Parramatta, Mars Hill was established in 2001 and had seven years of experience running a social enterprise when SSE approached Kevin who were looking for a spectrum of students to be represented from complete start-ups to developing and getting things sustainable.

Mars Hill Café is a part non-profit and part business cafe that is run by a mixture of paid and volunteer staff. Volunteers commit to a minimum of one shift per week. It also operates as an art gallery where two floors are devoted to local artists. A music venue and a place for people of all walks of life to get work experience in barista and sound engineering training.

A very proud Kevin says their coffee has a 4.5 out of 5 beam rating from the Sydney coffee guide. “Since October 2010, we’ve been featured three times” he added.

But when Kevin was in college – 19 years ago – completing his bachelor’s in Theology at the Trinity International University in Chicago, with a group of his mates in their dorm room, trying to solve the world’s problems that sparked an idea. He wanted to connect the disconnected communities by running a café business.

Crouse moved to our shores 15 years ago and turned his idea into a reality. He was able to get donations for $40,000, which he admits wasn’t easy. Kevin explains the early attempts to dig up funds through grant programs were unsuccessful as Mars Hill Café “didn’t fit the criteria”. After an experienced board member joined Mars Hill, some applications were successful.

Kevin used volunteer labour, from family members to tradies after scoring the lease for the property. With a $40,000 budget, Kevin and his volunteers were able to renovate the joint that was worth $250,000.

In 2009, Mars Hill was awarded a Commonwealth Jobs Fund grant of $368,000 over a two year period. This allowed Kevin to install a recording studio where people could gain experience in digital sound editing systems. It also meant employing some core positions that would assist with protecting Mars Hill’s longer term sustainability. Not too shabby for a man coming from a church and theology background.

“We’ve been going for nine years and outlasted some neighbour cafes and businesses” he says.  Kevin recognises that Mars Hill Café benefits the community by providing a space that’s engaging, welcoming, where musicians and artists could express their work.  Kevin explains that regular Mars Hill customers “have made it their second lounge room where they connect with others in their community”.

For more information about Mars Hill cafe, visit www.marshillcafe.com.au and while you’re at it, why not give them a tweet @MarsHillcafe on Twitter.