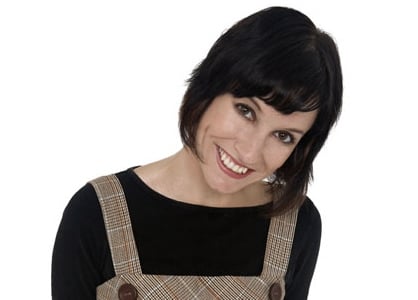 Danielle Butler started Sass Design from home 6 years ago with about $2000 in the bank. She even borrowed $5000 to get her first large print job paid for upfront before paying back her family when the client paid! Things have grown 10 fold since then. “When I first went to the accountant and they were after her start-up costs to claim things they were asking about office furniture and I was saying – I’m just using an old table that we had in the garage – they really couldn’t claim too much on set-up as I really didn’t spend much! I think they thought I was a bit strange…” says Butler.

“I had, at that stage worked as a graphic artist in the industry for other companies for about 5 years and though, I can see a better way to do things, a more modern way”. She could see some of the larger companies had so much red tape and the time, number of people, meetings and costs it takes them to produce some marketing material was astronomical. She saw an easier way to go about it all and it is a lot less stressful, more creative and far better.

“We have never had a business loan or anything similar (except for the first print job which was paid back in about 2 weeks to family) I stayed working from home for about 18 months before moving into offices. We staying in those offices 3 years and again moved in January this year. I have been in business 6 years starting with our first year when I was a sole trader working in the tiny back room earning about $60,000 to becoming a company a few years ago turning over $400,000 PA hiring 2 staff and growing year after year. It was a steep learning curb and has been a great journey.”

Danielle is very excited about what lies ahead for her company.

Previous article The Agency to be Watching…
Next article New App: Organizer
Via Profiles
Tags entreprenuerfeatured